So, what’s a good father?

Someone preparing to become a father once asked me: What is the most important thing about being a good father?

Honestly, I couldn’t answer him. There are just so many things that go into being a father that I couldn’t really narrow it down to one.

I was quite confident of a few things when my wife announced our first pregnancy, as I had grown up surrounded by kids – siblings at first, nephews and nieces later.

But the reality is that nothing really prepares you for parenthood. You’re going in blind for most things and relying more on gut instinct than experience or knowledge.

So that would be the first thing to do, I told myself: establish credible sources of information. Advice on anything from how many diaper changes should you expect during the first few weeks, to how a cold progresses into something more serious.

Some websites we subscribed to were extremely useful for getting a heads up on the rapid changes that take place over the first two years as the baby blooms into a toddler.

Secondly, being paranoid young parents, we quickly identified the two doctors we were going to use and a back-up. There was a general practitioner for quick access and a reliable paediatrician.

These really helped in giving us some direction on what to do or who to ask, and establish timelines for reacting to illnesses – so that we don’t over react.

But that’s just the ‘operational part’ of parenting and most of us can struggle through it.

The harder parts come later when the baby starts to develop its core personality and grow into a child.

How to teach your child

Believe it or not, children learn more from what they see, than what we teach them. I found this really scary, because we are not always aware of what we do and often function instinctively or habitually to situations. We also sometimes do differently from what we say.

This means all the plans to teach your child this or develop a specific habit can go out the window quite easily because they will just copy what you do – the good and the bad.

Another major challenge is the baggage we carry and pass on to our kids, which can be broken down into this: ‘I don’t want my child to do this’ and ‘I want my child to be/achieve this’. I realised at some point that I wanted my child to be a strong healthy tree and not a beautiful bonsai.

Another important realisation was that you don’t really know what childish behaviour is until you have to deal with it.

Developing the patience to deal with it is one thing, but I learnt that how you respond is the single most important factor in how things are going to turn out.

Go too hard, and you’ll deal with a meltdown. Give in too easily, and it will be a regular tactic you will have to deal with. For me, deciding when to do what was really hard at first – because I had my own emotions and expectations that often got in the way of things. I’m your father and I’ve said no!

This is rubbish of course, when you’re dealing with young children who have just learnt to express and assert themselves.

Sometimes it’s best to establish that some acts or behaviours will just be ignored and you will not see them again. At other times, it is easier to defer to a later date than struggle to explain your reasoning.

But being flexible, I learnt, was also very important.  Giving my kids the option of taking a day off from school simply because they did not feel like it really helped to strengthen the importance of going to school, provided it was not done more than twice a year.

Like you, sometimes your kid is just too tired of something and giving them a break helps to reset their mood and expectations. 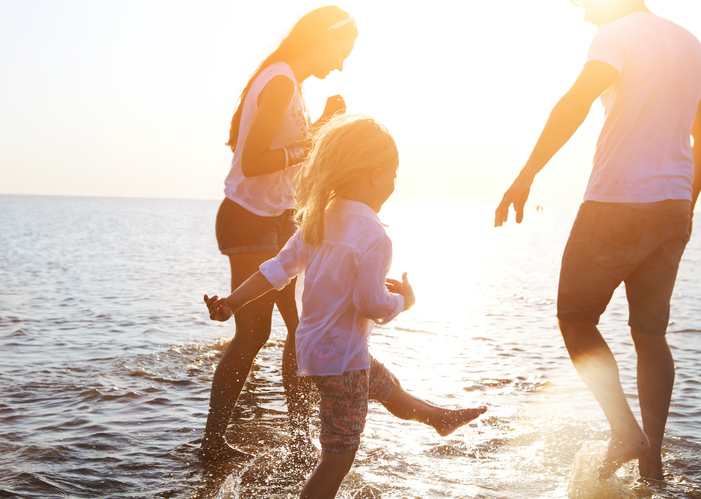 The most important thing

But again, while all these ideas and approaches are useful and I’ve applied them, I don’t think they are the most important thing about being a father.

I learnt, after looking around at what others did, that it is really important to be an engaged parent.

I learnt that being a good father is about engaging with your child and establishing that bond. It could be as simple as listening to their long and detailed stories or doing a silly dance with them.

Being engaged also means to actively work on coaching them. Helping them when help is needed or encouraging them to strive and persevere. Giving them opportunities to experience difficulties and overcome them.

So, if I were forced to sum it up, I would say that being an engaged parent is the most important thing about being a father. Engaged at every level; from the mundane stuff to the fun things.

I don’t think I’m doing enough of it, but I hope you will.

Jasbir Singh is a former journalist who now works in occupational safety and health. He is a father of three young children and aspires to write a parenting manual some day.