What’s Barbie Been Up To?

Barbie is no stranger to millions around the globe – since 1959 it has been bringing joy to children as Mattel’s best-selling doll. But what has the brand been up to late, with sales for the iconic doll steadily declining in recent times? A career reimagining of sorts, it looks like.

Mattel Southeast Asia is showcasing a Barbie Career Dreamhouse in Malaysia, touted as the ‘First ever double-storey Dreamhouse’ in the country, and all of Southeast Asia. Parents can visit this dreamhouse from July 19th – 21st in Sunway Pyramid, from 10 am to 10 pm.

Mums and daughters can participate in fun activities that will take place in all four corners of the Dreamhouse which will include a music room, an arts and crafts room, a living room and a kitchen.

Analysts say that Barbie’s decline is due to the fact that kids are now choosing to play with touch screens and electronic toys rather than old-fashioned dolls, and that despite efforts to diversity the doll’s looks, the brand is still associated with her traditional ‘tall, slim and blonde’ looks and lifestyle. Some say that Mattel has been unable to shift the stigma that Barbie promotes sexism and is thus, not a role model for the young girls of today.

The brand teamed up with Chef Nathalie from Nathalie Gourmet to host a ‘Cook Up Some Fun’ workshop for mums and daughters recently.

Ivan Franco, Country Manager at Mattel Southeast Asia said: “We’re delighted to bring girls beyond imaginative play to real-world career experiences so they can be what they want to be for a day; from little chefs, musicians, to little artists brought to life through invaluable local partnerships across Southeast Asia.”

Held at Nathalie Gourmet Cooking Studio at I ‘Escape, the workshop was attended by 20 pairs of mums and daughters which included celebrity mums – Dynas Mokthar and her daughter Khyra, and well-known kids – Aryanna Alyssa and mom Suzanna Sahri and Ara Aziz and her mom Puteri Lily Lokman. 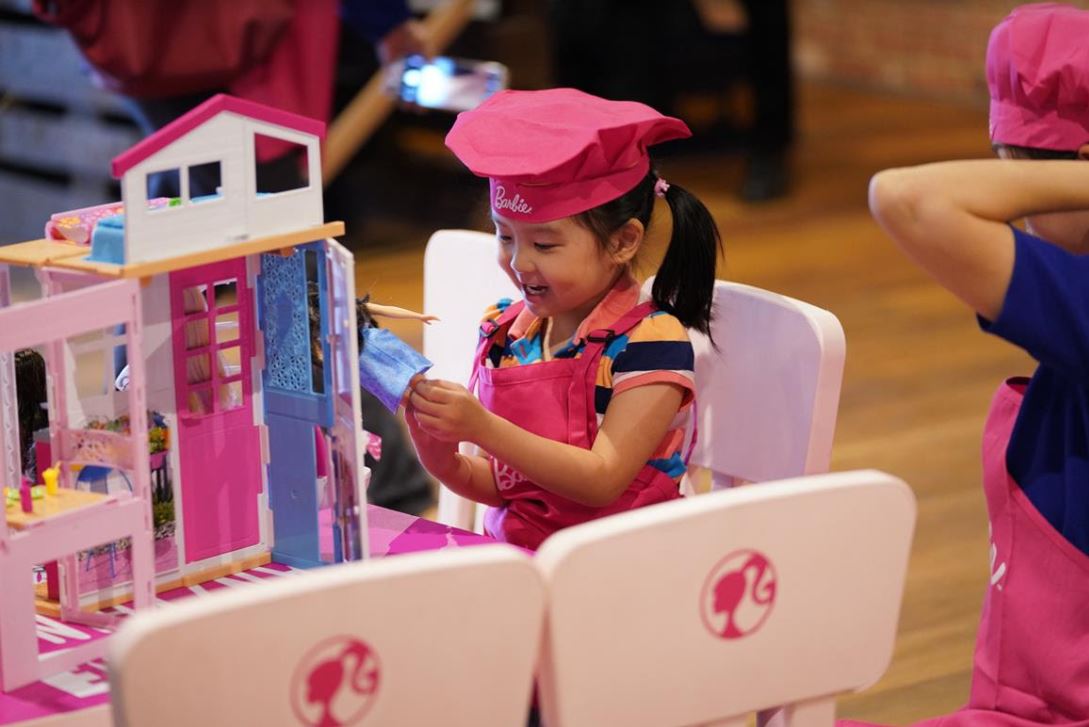 Barbie has also collaborated with A+E Networks Asia to film a 2-minute Barbie Cook & Bake video featuring Danielle Peita Graham, her daughter Sophia and other mums and daughters, which will air on Lifetime Asia (Astro Ch 709) from August onwards. The video will feature girls using their creativity and imagination to decorate their cookies. Towards the end of the segment, they will reveal their decorated cookies and dream career ambitions to their mums.

More than just a fashion doll? We’re looking forward to visiting this Barbie Career Dreamhouse later this month to see if this longtime brand can still whip up some inspiration and delight.