My favourite moment of my son using sign language was when he was 14 months old. He was playing with mahjong pieces my mother had laid out on the floor for him to have fun with. But the Little Tornado didn’t like it when she started tidying up. He repeatedly signed ‘Please’ when she prevented him from messing the stacks up again.

He wailed a little and quickly proceeded to walk to my elder brother sitting nearby. Then he signed ‘Help!’, as if calling for reinforcements. Needless to say, my brother and mother were very amused by this show – the little one was obviously communicating with us, expressing his feelings.

Baby sign language sees babies and infants using gestures to communicate with their families and carers. In the 19th century, linguist William Dwight Whitney first observed that children of deaf parents routinely communicated through sign language at 6 months – a year before children in hearing families.

This was left a curious observation until the 1980s, when Dr Joseph Garcia wrote about children of deaf parents using sign language at six months old. The children had substantial vocabularies later at nine months old.

The first comprehensive baby sign language research was conducted by Professor Linda Acredolo and Professor Susan Goodwyn over 20 years. In 2ooo they published their studies which showed that far from slowing down speech, baby sign language actually increased the rate of verbal development. The children studied had less frustration and a closer bond with their parents. They also had a larger speaking vocabulary and a 12 IQ point advantage.

However, subsequent studies have not shown any vocabulary advantage, with some findings appearing to contradict certain claims made by companies promoting baby signing. It would seem that the jury is still out on some of the benefits of baby sign language, but you wouldn’t know it by talking to parents who are fans!

Most of my friends who have used sign language with their babies remember it very fondly. A few parents I know even went on to undergo training in the subject because they had really enjoyed the experience. Kerry New said she became a Sing and Sign teacher because she loved signing with her daughter. “Annabella signed brilliantly and it meant we didn’t have as many of the typical tantrums and meltdowns because she could tell me what was wrong or what she needed,” she said.

Another parent who became a Sing and Sign instructor, Harriet Roberts, remembers her daughter signing well not long after she actually started signing with her at 9 months old. “One of my favourite things was Rosalie telling me she could hear the birds whilst we were having breakfast at a ridiculously early hour of the morning!”

As for me? I did not know about all the reported benefits when I started baby sign language. Honestly, I never expected it to work the way it did. I just wanted to try something fun. I started signing with my baby around the 7th month, after watching some cute and inspiring YouTube videos on signing babies.

After obtaining a DVD called ‘It’s Signing Time’, I would commit to it further by allocating some time to watch and sign the songs with him. Lo and behold, once he started repeating a gesture or two back to us, it was like a whole new world had opened up with our baby. He appeared to enjoy signing. Was he less frustrated? It certainly seemed to do the trick – we would always respond quickly to a sign. We were thrilled, and he seemed happier that we understood what he was trying to say.

If you are a parent who would like to try signing with your baby, here are tips and notes from parents and sign language teachers:

Although all babies develop at different rates, it is generally agreed that the earlier is better for starting sign language. But look out for your baby’s readiness. When babies start to gesture (pointing or waving) around 7–9 months, it is the perfect time to add signs in. Roberts said babies as young as 2 months can also learn to sign as the focus is on getting their attention, as well as shared looking and facial expressions. “(This is) the framework on which communication and later, speech development, is based.”

She said many primary schools in the UK also used signing in their Early Years classes as it not only helps with speech development but also with phonics, reading and writing. “With our classes, often people think it is something they should have done from the beginning, ‘otherwise it’s not worth it’, but that is absolutely not the case,” she said. 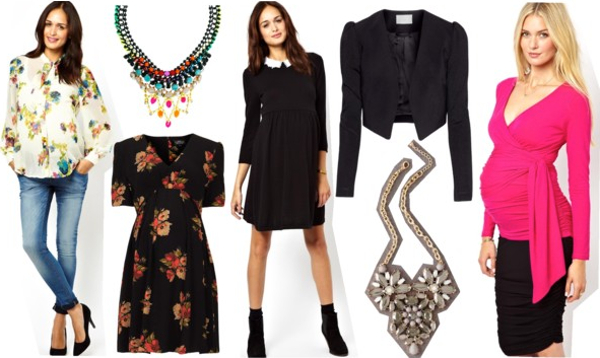 Introduce a few easy signs first, such as waving ‘bye-bye’ or nodding to indicate ‘yes’, educator Dr Michele Borba recommends. “Introduce just one sign at a time, and repeat the same gesture until your baby seems to understand. That’s your signal he’s ready to start using signs on his own.”

You can start introducing more signs of things that interest your child once she or he has the hang of it. But don’t expect baby to immediately copy your sign. “In fact, he’ll understand the gesture long before he uses the sign, just like he’ll understand a word before he says the word. Learning the first sign always takes the longest, so keep repeating the sign patiently until he gets the connection. Do always use sign naturally as you “talk” with your baby,” Dr Borba said.

I never had to teach my baby that many words. We started off with ‘milk’, and then progressed to ‘more’, ‘please’, ‘thank you’, ‘done’, and ‘help’. There were other words, but somehow this was all we really seemed to need! We dropped signing when he started babbling and speaking more words at one-and-a-half years.

Some parents worry that sign language will result in speech delay for their children. Others like Roberts believe – like the aforementioned studies – that this is completely the opposite. “When you sign with your baby or child you never sign in silence. You always say the word every time you use the sign. This focus on keywords is essential with speech development,” she said.

New said she was positive that signing helped her daughter speak earlier because she could associate signs with new words and use them together. “I trained to become a sing and sign teacher as I was so convinced at the value of any programme that helps to develop and enhance early language acquisition in babies and toddlers.”

On the contradicting research, biological anthropologist Gwen Dewar said it is more likely that gestures could improve communication and make parents more savvy or sensitive to what their babies are thinking about.

“And that’s no small thing. When parents are more tuned into their baby’s thoughts and feelings, babies are more likely to develop secure attachment relationships. They may also provide their babies with more opportunities to explore and learn.”

This was my problem at first, as there are the differences between British Sign Language, American Sign Language and Makaton. As I learnt the signs through various avenues, there were times I did not which gesture to select. Makaton is designed to help hearing people with learning or communication difficulties.

But experts say that the different signs do not matter, as the important thing is communication with your child. So if you pick a sign that represents something for you and your baby, stick with it. “Makaton is more universal and has the pictures to use for visual cues, whereas each language has a slightly different set of signs,” New said.

So long as you are consistent and know what signs you are doing with your child, it doesn’t matter what they are.

It’s not all about signing

At the end of the day, could it be less about signing and more about bonding with your babies? Personally, I felt the singing and signing with my son was a delight. It gave me more opportunities to connect with him. I also had a focus point for me to communicate with him, rather than just cooing or babbling random silliness.

New said these activities provided the example of language that helped children learn how to speak. “In our case with our daughter Annabella, we immersed her in language from day one. Reading to her, singing and playing, and chatting about anything and everything as we went about our days,” she said.

What resources can I refer to?

There are plenty of resources online about baby sign language, but here are some resources that parents have found useful:

Remember to have fun

Last but not least, have fun. All children develop at their own pace, so do not stress if sign language does not work for your babies. The important thing is to make time to talk, sing and play with them – that is always time well spent. Another tip? Remember to take some videos of your child signing – it will be something sweet to cherish once they are older. 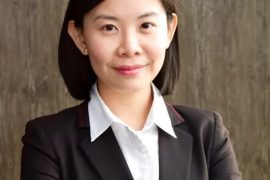 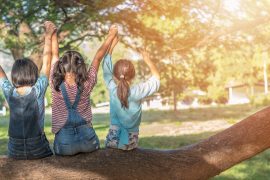 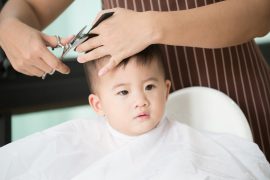 10 Kid-Friendly Hair Salons and Barbers in the Klang Valley