My Story: Raising a Boy in a Man’s World 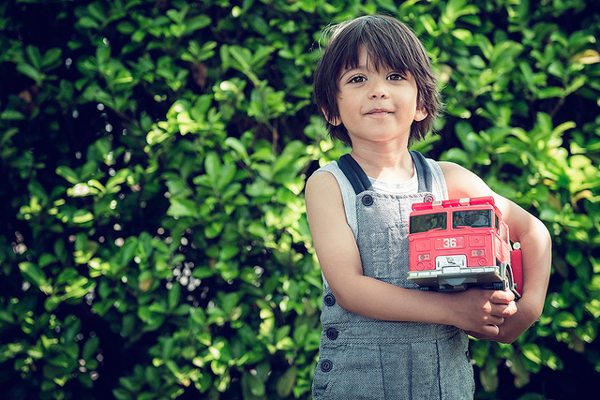 Repeat in sporadic and voluminous cycles, and that’s what my house sounds like. There are all manner of vehicles in as many sizes in IKEA boxes and baskets, crevices of armchairs and shelf corners. There’s pirate paraphernalia and shrivelled sword balloons.

In the early weeks of my pregnancy, both my husband and I separately decided that we’d prefer to have a girl. I had always had sisters and cousin sisters in my life, so that’s what I knew. And my husband would be just the type of man to be wrapped around his little girl’s finger (though I suppose, what man wouldn’t?).

But then I had dreamt of a baby boy, and so when the doctor confirmed my instincts, I felt a twinge of disappointment and no surprise at all. A boy it would be. What on earth would that be like?

It turns out, all infants are the same, really, regardless of their gender: they need feeding, burping, changing and putting to sleep. There was the matter of the spraying appendage, though thankfully, I never had any unexpected showers, being so thoroughly paranoid of that happening!

As he started growing, though, I couldn’t believe how much energy Alex had, crawling and toddling around constantly. He loved to empty buckets of things by throwing them everywhere in destructive fashion. “Boys,” my mummy friends would nod knowingly. He began to be obsessed by anything with wheels, without any prodding from us. “Boys,” came the acknowledgement again.

Deep into toddlerhood now, I’m thrilled to have a boy, or rather to have my boy Alex. I’m not sure if it’s just him or the fact that he’s a boy, but quite apart from the constant discovery of life with a child, I feel I’m learning a lot about both the male AND female genders too, and am much more aware of our roles as parents and society as a whole in nurturing notions of gender.

When strangers see Alex, they naturally talk about the dinosaur he’s holding or the bike he’s riding; how strong or fast he is; they ask him where he’s going. They almost never comment on how he looks, or what he’s wearing. What’s interesting to me about this is that it has shed light on what I used to say every time I came across a little girl. I’d always comment on her prettiness or clothing. It’s a real effort to change this behaviour on my part, but I’m making the effort not only for the girls I meet but also as a model for Alex. So I ask her about where she’s going, or what she’s done, or what her favourite book is.

Along the same lines, I don’t use phrases such as “But you’re a boy, not a girl!” or “Don’t cry like a little girl,” and I neither encourage or discourage particularly gendered activities such as playing with dolls or playing with planes. Alex has a set of masak-masak, which he plays with occasionally, serving us cups of tea. He once put on my skirt and declared, “I’m a princess!” This doesn’t worry me for two reasons. Mainly I think it’s normal for both males and females to have feminine or masculine sides, and thank god for that, otherwise we’d have no empathy for each other. But if it turns out that these are early indications that Alex is gay, so be it. I don’t have any hang-ups about a child who has a different sexuality from me, though of course there would be safety considerations as he grows.

It’s not always so straightforward, though. We had an incident once where Alex was playing with a bunch of older boys who ignored him in the way that older children do, but one particular boy decided to pick on him since he was the youngest. Alex, despite enjoying roughhousing with his father, is quite gentle and reserved with people he has just met. Upon being pushed, which I caught the tail end of, he came to me with eyes brimming with tears, saying “Mummy, I don’t like to be pushed,” which broke my heart. I told him to tell the boy “Don’t push me, I don’t like to be pushed,” but an acquaintance suggested “Push him back! Be a man!”, which irked me to no end. I don’t want to teach my son that physical retaliation is the first solution to aggression. Equally, I don’t want my kid to be bullied, and he needs to learn to stand up for himself.

What I hope for the most, however, is for Alex to be that third kid, who when watching this scene unfold, will say “Stop pushing him! He doesn’t like it!” Reprimands coming from a third party peer are the most powerful of all, whether related to race, gender or sexuality.

The world is changing, but not quickly enough. At the end of the day, your sons will always have it easier than your daughters, and your light-skinned sons will have it easier than your dark-skinned ones, and so on. Perhaps the most important thing to impart to your son or daughter is that they should always be compassionate to everyone, but especially those who are in a weaker, less privileged position, in order to collectively try and make for a kinder world.