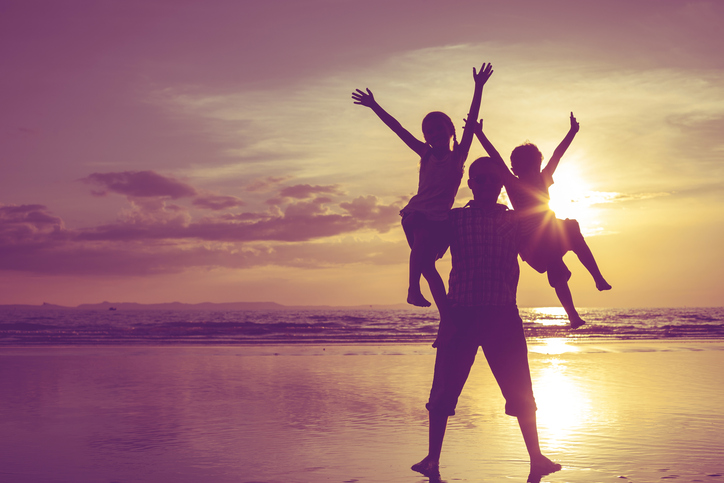 It was a week or so before our second son was born. “You sure you want me in the room for labour?” my husband asked. I wasn’t sure if he was joking, so I gave him my blackest of faces. “What on earth are you talking about? I’ll kill you if you aren’t there.”

He laughed. “Okay, it’s just because … you didn’t seem to need me the last time. I didn’t do very much.” I laughed too.

Ever since we became parents, the subjects of fatherhood and partnerships are never far from my thoughts. I am fascinated by them because I know we all carry some baggage or expectations from the way we were parented ourselves. Were you rotan-ed (caned) or smacked? Were you treated differently because of your gender? Do you have rejection and daddy issues? I am also curious about how generational or cultural differences have shaped our men’s views on fatherhood.

I love chatting with my friends about topics like hands-on fathers, supportive partners and parental challenges. This is especially so for friends who have lived in London before, but are now back in Asia. We joke about men we know who were independent – able to do DIY and cook while they were overseas – regressing into mommies’ boys who are unable to wash their own underwear upon their return to Asia.

We compare notes as to how Malaysian and Asian households often have helpers, and how that has affected many men’s know-how around the house or kitchen. We coo about friends we know who are role model fathers. Admittedly we also chatter about the fathers we know who have more chauvinistic views about women’s roles.

Here are some observations gleaned from the chats with my strong and wise female friends around the world:

This Father’s Day, we’d like to salute fathers who consciously want to be as involved in their children’s lives as possible. We’d like to salute dads who are pushing out of their comfort zones and wanting in on all the experiences previously considered to be in the traditional ‘mother’s domain’. We’d like to salute the papas who are keenly aware of their partners and nurture that relationship because they know it is important.

To my own husband, thank you for allowing me to see engaged and reflective fatherhood at its best. I always thought I would be a mother of girls, but with two boys, it would seem that it is my destiny and challenge to raise feminist sons. I feel confident in this respect because of the man their father is.

To all other fathers and those in fatherhood roles, thank you for being present. We may not necessarily need you in that room with us, and yes, we could probably do things ourselves. We are women, and we can take a hell of a lot. But we truly want you there. It’s meaningful that you really want to be on this journey with us fully, and we really like you enjoying this riotous ride with us.

So, what makes a good dad? Hint: It’s not just about helping mummy with the diapers. Read a father’s personal story here.