Eggs for Sale: An Account from a First-Time Donor 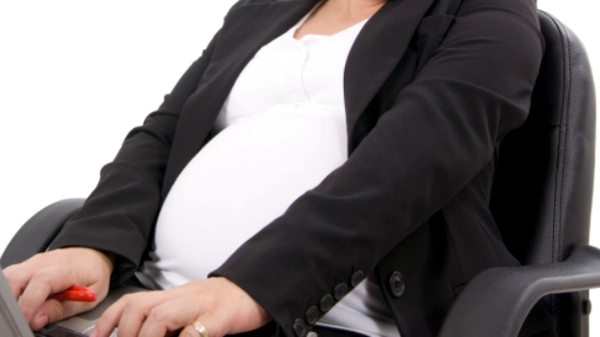 In a half-hour Skype call, Sha Lynn Chan sat down with Kim and found out everything she needed to know (and more!) about the perfectly legal – but relatively unheard of – practice of egg donation.

How did you come to hear about being an egg donor and what made you decide to do it?

It all started with my sister. She has friends who told her about it, so she tried it out. Then she told me about it, and I thought, “Okay la, why not? It’s an experience if I do get chosen.” So I got the application form from my sister, filled it all in and pretty much waited for about eight months before they called me back as I live overseas. As for what made me decide to do it, it all just boils down to an interesting experience. I mean, how many women do you know who can say that they have been an egg donor before!

So what was the feedback from your friends & family when you told them about your decision?

I think family, especially if they’re religious, are always going to worry a little more. My parents are cool with it, but my more religious aunt and uncle (whom I’m very close to) are a bit more worried about the side effects. They asked questions like if I can still give birth in the future if I keep doing this, is it ethically sound, questions old people ask! As for my friends, everybody is fine with it – if there are no negative side effects, then go ahead.

Tell me a bit more about the company you signed up with. How did you come across it?

So my sister passed me the contacts of this company called Heart2ART Sdn Bhd. The lady that runs it, Christine, is a British woman who has been in this business for over a decade now. She’s helped hundreds of couples with IVF treatments and been super supportive of everybody. From when you submit your application, she will help take you through the process and give you all that you need to know. She’s there for you when you’re going into your scans, if you need to know anything else, she’s always there. Christine is kind of like a mum! She will completely take care of you.

That’s really lovely to hear! Can you walk us through the process of being a donor?

Right, so you can go to their website and request a donor application form. But my sister passed the form to me. You fill in the form and it’s a really long form covering all bases from your family background to your physical attributes – they will ask for your eye colour, blood type, etc. You also have to submit a lot of photographs of yourself because they need to see how you look like. After that, it becomes a waiting game of “Does anybody want your genes?”

Are there any legal repercussions to being an egg donor?

None at all. Many people think that surrogacy is illegal here as well, but it is legal in Malaysia. The only exception, however, is if you’re Muslim. Here, it is unlawful for Muslims to use a surrogate or be an egg donor.

What are the more “desirable” traits to be chosen to be an egg donor?

There is no one real desirable trait that gets you picked more often over others. It honestly goes down to the parents’ preferences – for example, when a mat salleh couple comes along, they’re more likely to pick donors with Caucasian features. So companies like Heart2ART Sdn Bhd would keep a whole list of donors of varying ethnicities on hand – the more the better. This way, no matter the parent, they get to have as many options as possible to choose from.

So what happened after they called you in?

Once a couple is interested, I was asked to go take a blood test to make sure that I’m still in peak physical condition and with no infectious diseases. Once I’ve passed my blood test, you will be asked about your period dates – as I was on birth control at the time, it was pretty easy for me to stop taking birth control and start my period again. On the very first day of my period, I went to see the doctor and he gave me a scan to check my uterus and see if everything checks out. That’s when the injections start, where you have to give yourself hormone jabs to your tummy every morning.

Yeah. The first set of injections, called Subcutaneous Gonal-F, helps to ‘grow’ my eggs and mature them as fast as possible. Especially for me, because some of my eggs are larger than others so this set will make sure that they’re roughly the same size. I inject this into my stomach at around the same time every morning every day for a week. Once the first week is over, I went to see my doctor again and he performed a second scan on me to make sure that the medication has been taking effect as it’s supposed to. If my eggs haven’t matured enough, he would increase the dosage. But my eggs were fine, so he left it as it was.

During the second week, you have to take two jabs this time. The first being Subcutaneous Gonal-F and now the second is Cetrotide Subcutaneous. The purpose of Cetrotide Subcutaneous is to prevent your mature eggs from releasing too early – it holds onto your eggs while the first injection continues to further mature your eggs. Now, once you’re done with the hormone treatments for two weeks, you take a break for a day and at exactly 36 hours before your procedure, you have to take another jab – the Ovidrel Subcutaneous, which stimulates the release of your mature eggs.

Were there any side effects to these jabs?

None that were harmful that I can think of. My tummy was bruised, but that’s because of the daily injections and that’s normal. I guess it really boils down to your body’s reactions to the injections and I consider myself lucky to not experience any adverse side effects at all. However, adverse reactions are mostly rare.

What happened during the procedure, and how did you feel after?

They will put you to sleep for 15 minutes and in those 15 minutes, the retrieval procedure will be performed. You can then go home after an hour! After the procedure, there was a sharp pain in my crotch that lasted for three hours – but I mostly slept it off, so it wasn’t too bad. However, I did end up being quite bloated for a couple of weeks until my next period. I looked like I was in my first trimester!

In some countries, they’ve implemented a ban on anonymous sperm and egg donors. So when a child conceived by egg or sperm donation comes of age, they’re allowed to find out who their biological parents are. I’m unsure what that’s like here, but would you want to meet your biological child when they come of age?

I think that would be fine, I’m not too picky about that. My sister has done this procedure a few times and sometimes the parents would want to meet you or they don’t. I think it’s better if they want to meet you because they’re using my genes – I could look good, but my personality could be the total opposite of ideal. The couple who picked me didn’t really want to meet me, but I’m very open to the idea of meeting up.

How did you find the entire experience? Would you do it again?