Each year, bereaved parents, families and friends from all over the world mark 15th of October, International Pregnancy and Infant Loss Remembrance Day. As this week is Baby Loss Awareness Week, makchic joins in the education, awareness and support for those who have suffered a miscarriage, still birth, or the loss of an infant. 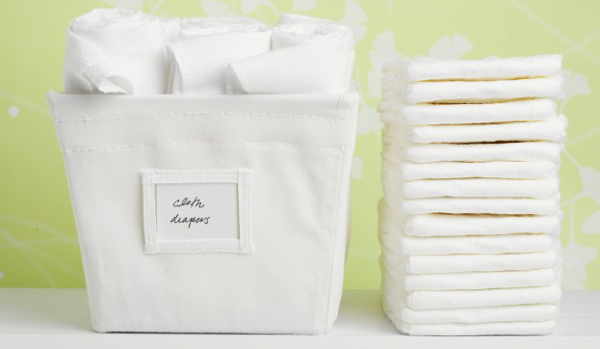 The loss of a child is something no parent ever wishes to experience. But according to statistics, almost one-in-five recognised pregnancies end in miscarriage –  that’s not even considering women who don’t know they were pregnant to begin with.

We spoke to two women who have had to go through the sorrow of saying goodbye to the babies they never said hello to, and a doctor with a special interest in women’s health, on demystifying miscarriage and what you can do to heal.

Dr Ooi Ben Shyen is a director of a confinement centre in Penang. He is authoring a book which addresses the ‘taboo’ aspects of pregnancy such as postpartum depression and miscarriage, and also serves as a medical officer in a hospital emergency department. He is often at the frontline of seeing women come in with concerns over their unborn babies – and he encourages women to trust their intuition.

“Women know their bodies best and healthcare professionals welcome any opportunity to allay a pregnant woman’s fears. So don’t be worried of giving us a false alarm – that’s actually what we want, meaning you and your baby are safe,” he said.

But when things go wrong, Dr Ooi assured mothers that it is not their fault.

“The main cause of miscarriage is due to defects within a developing fetus’s DNA sequences,” he said. “The developing fetus would probably not have been ‘normal’ or ‘strong’ had the pregnancy continued.

“There is the random nature of genetic material involved during conception. Out of the thousands of eggs or millions of sperm, some may be inherently flawed,” he said, adding that most miscarriages happen early in the first trimester.

Nasa Entaban, 35, is the mother of a three-year old. She and her husband had been hoping for a second child, and everything was going well so far.

As with her first pregnancy, Nasa didn’t experience many symptoms, including nausea. The only thing she could remember was feeling a stabbing pain in her abdomen which lasted several minutes.

But at their 10-week scan, their doctor broke the news that the baby hadn’t grown – and there was no heartbeat.

“I went in for a D&C (dilation and curettage) the next day and was given two weeks’ medical leave,” said Nasa. “Someone recommended consuming Chinese confinement food and herbs so I did that, rested at home and generally allowed myself to cry and sleep.”

Although she was given two weeks off, Nasa went back to work before the time was up. “I still think about what could have been my daughter’s sibling, and I’m even a little afraid of getting pregnant again in case it ends the same way,” she said. ‘Still, we are trying to be positive about the future and hope to have another child someday.”

It was 6 February 2015 and Jolene Lai was 26 weeks into her first pregnancy. She and her husband had just found out, a few weeks earlier, that they were having a boy. They were over the moon. But when she had felt no movement for a few days, Jolene thought she should get it checked out.

“I thought the worst that could happen would be to have a premature baby,” she said. “I remember the doctor scanning my belly and seeing just the still backbone of my son, and the doctor saying, ‘It’s not good.’

“My baby had no heartbeat. It appeared he had passed away for almost a week. I never met him alive. He never opened his eyes or cried for me.”

To her shock, Jolene was told she would have deliver her baby. She was induced on a Sunday, and on Tuesday, her son Cooper came into the world. She held his tiny body in her arms and said goodbye – her heartbroken husband took their son to the undertaker’s van where he was cremated. His ashes were scattered in the sea.

Normally a social person, Jolene isolated herself, waiting until after the baby’s cremation to tell the world about their loss. “I kept wishing that I could just continue with the pregnancy. Other times, I wondered where did my son go? Why did he had to go? Can I go along?” she said.

There are no words

Hearing of the loss of an unborn child evokes strange – and at the time, seemingly insensitive reactions from the people around you. For a grieving Nasa, it hurt when close friends implied she was indirectly to blame because she was still breastfeeding her toddler or was physically unfit.

“Even though they probably felt like they were doing the right thing, or they just felt like they needed to say something, it wasn’t helpful,” she said, adding she found it hard to be positive in those dark days.

“One of the most commonly uttered lines was ‘God has another plan for you’ which annoyed me to no end, I can’t quite pinpoint why,” she said.

Comfort came from a friend who had also miscarried several months before. “She had some really nice words of encouragement,” said Nasa.

“A public relations company who were supposed to take me on a work trip the day I had my D&C sent a lovely bouquet of flowers with the words: ‘May hope sustain you, friends surround you and love give you strength.’ It was unexpected and I was moved. I guess comfort can come from the most unlikely of sources.”

Meanwhile, Jolene was taken aback when a close family member told her that she would ‘get over it’.

“I was angry at that time but I found some truth in his words many many months later,” she said. “I often wonder why I feel okay now. Like is it okay to feel this way? How can I accept it? But I can.”

She found comfort in friends who would message her to say that they remembered her son. “They remember upcoming dates like due dates, anniversaries and so on,” she said. “ I was glad – I didn’t want to be the only one who remembered him.”

While Nasa was almost fearful of becoming pregnant again, Jolene’s loss awakened what she described as an almost savage desire to try again. Despite the advice from her doctors to wait several months before trying again, she and her husband were pregnant again three cycles and five months after losing their son.

Today, they are the parents to an 18-month old girl – their rainbow baby. ‘Having another child definitely, 100%, healed me,” she said. “Though I was constantly in fear throughout my pregnancy, at least I was progressing and was no longer in limbo.”

Recently, there was big news coming out of Australia that suggested Vitamin B3 supplements could prevent miscarriages and birth defects. And while taking certain precautions and ensuring you are as prepared as can be for a healthy pregnancy, some things are just out of the hands of parents.

Doctors are usually the first to confirm the expecting parents’ worst fears. And like most people, they also deal with grief – even if it is someone else’s – in different ways.

For Jolene, in relaying the news, her doctor appeared to assume because she was also a health care professional, she would prefer the science and the facts. “He didn’t sugar-coat anything; I think some empathy would have been better,” she said.

And in what could only be described as cruel irony, Jolene was roomed with a mother who had safely delivered her baby. “No one provided me with grief counselling,” she said. “I’m lucky I had the internet and found the right support groups, both locally and abroad.”

Nasa had a slightly better experience. “My doctor followed up by text, which meant a lot to me. Our health care professionals were exactly that – professional,” she said.

Dr Ooi believes Malaysian doctors could do better when it comes to spotting mental health deterioration as the result of miscarriage. He also urges parents who have experienced loss to seek out support groups, and to take time to support each other.

“The family that grieves together, heals together,” he said. “There needs to be sensitivity from all sides to support – rather than lead – the mother back along the path to recovery.”

For a list of counselling services in Selangor and Kuala Lumpur, visit the Malaysian Mental Health Association at http://mmha.org.my/resources/directory-of-councelling-services/. There is also a list of counsellors and therapists in the Klang Valley here.

Faye Song is a former journalist now working in marketing and communications. She lives in Darwin, where she enjoys the best of Southeast Asia (the food and night markets) and Australia (the workday that ends punctually at 4.21pm), with her husband, toddler and small dog.