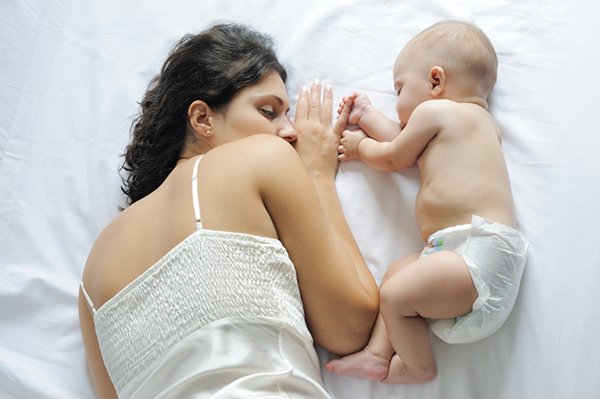 “Is your baby sleeping well?”

It seems like an innocent enough question, asked by friends and family members trying to make conversation. But for the parents of babies with sleep issues (my baby only catnapped during the day, woke frequently during the night and couldn’t go back to sleep without help) it is a reminder of how frustrated and tired you are.

After recently attending a day stay program to learn sleep settling techniques, I realised I had picked up a number of unhelpful sleeping habits which was ultimately sabotaging my baby’s sleep. Chances are, you may have made one (or all) of them at some point too:

Responding Too Quickly: As a new parent, I jumped to respond to every noise baby made. But I learned that not every noise from bub is the same – there is a difference between a proper cry and grizzling or complaining. Babies can self-settle or put themselves back to sleep – they just need a chance.

Not Recognising Tired Signs: Sleepy bubs signal they want a nap by yawning, rubbing their eyes, making ‘jerky’ movements or by a redness across the brow. I used to think baby was bored and introduce new toys or games – he would coo and giggle, but it made him over-tired in the end and harder to put to sleep. Once I figured out baby was tired 1.5 hours to 2 hours after waking, it became a lot easier to respond quickly.

Inconsistency: Some days, I’d put baby in the bouncer for a nap. Sometimes, I’d let him sleep on me. Other times, I’d put him down in his cot (those naps never lasted longer than five minutes!) But babies – like adults – like to know what to expect. I was taught to develop a wind-down routine when baby starts showing tired signs, like singing a lullaby, swaddling and putting bub down in his cot, calm but awake.

Feeding To Sleep: When baby has been crying for a while (even two minutes seems like an eternity at 3am), it’s easy to assume bub is hungry and give him a feed. But eventually this becomes a habit, and baby can only go to sleep when feeding. I was encouraged to adopt a feed/play/sleep routine during the day, to help baby disassociate feeding from sleeping.

Using Everything At Once: At bedtime, I would bust out all my tricks – lullaby, shushing, patting, rocking, giving bub the pacifier and security blanket in hopes of getting him to sleep sooner. But it was a case of using every ‘tool’ in my arsenal too quickly. I learned to try and save the use of the pacifier until the third or fourth attempt to comfort baby – now, he’s generally asleep before I need to use it.

Faye Song is a city girl finding her feet in regional Victoria, Australia. A former journalist, she works in marketing and communication. These days, she finds her most demanding and fascinating client to be her little boy. 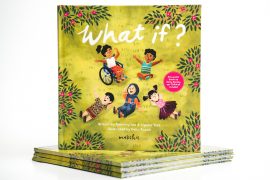 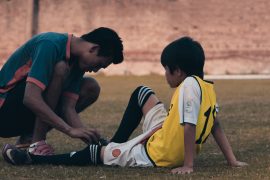