4 Ways to Protect Your Child from Sexual Predators

This week, we were rocked by news that a British paedophile has admitted to sex attacks on children as young as six months across a span of almost a decade. Richard Huckle is believed to have abused up to 200 victims, mostly children from poor Christian communities in Kuala Lumpur, impressing families by taking advantage of his “relative wealth and status as a Westerner.”

He posted pictures on the dark web, a part of the Internet difficult to access and often used for illegal activity such as child pornography. Over 20,000 indecent images were found on his computer. He also kept a record of his attacks and wrote a 60-page manual called Paedophiles and Poverty: Child Love Guide, on how to select victims and avoid detection.

Huckle faces a total of 91 charges, and these include rape, taking photographs, and grooming children to expose or touch themselves or other children sexually.

This will undoubtedly come as a blow to the families who knew him and trusted him. Even when his friends were contacted, he was described as “a normal person, just very quiet.”

As a parent, you can only hope to spend every second of the day with your child to protect them from incidences like these. But realistically, you can’t. So here are some of the ways you can educate and protect your child from sexual predators:

Greasy hair, shifty-looking, socially awkward? The truth is, it could be anyone. It could be a relative, your neighbour, a friend at a religious institution that you attend, or a stranger. This doesn’t mean you have to be suspicious of everyone. Just be aware that there is not a single profile of an abuser, and you should be equally wary of each and every one around you and your child.

It’s almost second nature to Asians to shy away from having ‘the talk.’ This could indirectly say to your child that sex is something to be ashamed of and if something untoward ever happens, they would be afraid to tell you. Open communication is key to build confidence in your child to talk to you honestly about anything, even potentially embarrassing matters.

Be clear and give concrete examples

Identify which body parts are private – you can do this during bath time. Let them know that they have to tell you when someone makes them uncomfortable, no matter who the person is or what they say. Examples could be playing a game that involves touching or taking off of clothes, a stranger claiming to be a policeman or a friend of a parent, or being introduced to inappropriate TV shows.

Teach your child that their body is theirs and that it’s okay to say no. This could even include feeling uncomfortable when relatives ask for a kiss at family gatherings. Suggest a handshake or a high five instead – this will help them understand that personal boundaries are theirs to dictate.

Let your child know that they must tell you if someone touches them inappropriately and assure them that you won’t get angry. And of course, always keep an eye open for any changes in behavior such as reluctance to go to school or a friend’s house, and coax them to tell you why instead of forcing them to do something they are uncomfortable about doing. It’s always better to be safe than sorry – although it’s almost like a reflex, never assume that they’re just being difficult.

Dangers lurk not just amongst strangers in real life, but also the online world. Norton by Symantec, a global leader in cybersecurity, released findings from the Norton Cyber Security Insights Report, highlighting parental concerns about their children in the online world, specifically on online predators and privacy. Here are some of the key highlights:

Measures that parents take to protect their children online:

Ultimately, it is important to keep all eyes and ears open online and offline – parents should also help watch out for each other’s kids as predators are devising more and more ways to get to their victims. Keep each other informed and in check! 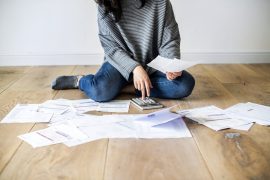 How do I become financially independent?

My Story: How I Bond with my Autistic Child 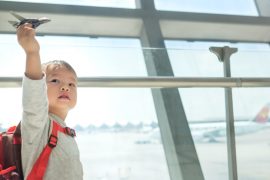