Pakchic Says: Try These 5 Tips to Persuade Your Child to Take Her Medicine! 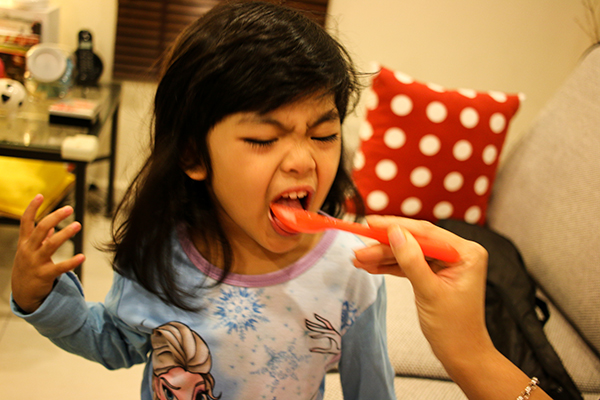 I used to hate taking medicine when I was little. I remember when my father would have to literally pin me down while my mother poured those disgustingly colourful liquid into my mouth.

And when I was a bit older and had to take pills if I got ill, I would actually spit it out into the water in my mug and then showing my mother my empty mouth as if I had swallowed it.

More than 30 years later I get a taste of my own medicine as it is now my turn to be a parent who has to face the extremely difficult task of trying to persuade my child to swallow hers.

But I think I have managed to learn a few tricks to help make things a little easier. Don’t get me wrong. It’s still an incredible challenge. But at least it makes it seem slightly possible.

Pretend like the medicine in the spoon is like an aeroplane flying into a tunnel which is your child’s mouth. Yeah right! This only works about 0.00003% of the time.

2. Lie to her and say that the colourful medicine is really liquid candy

This one will either be a big failure (your child spits it out of her mouth and into your face) or a big success (she gets caught by surprise and swallows it).

But this only works once because little kids are extremely intelligent and they won’t trust you again when you try the same trick twice. Fool me once, shame on you… blah blah blah.

3. Mix the medicine with her milk or food

This method actually has a very high and consistent success rate. The only problem with this is that there will be a risk that your child doesn’t finish her meal.

If this happens, then your child won’t get the full dosage she needs to recover. This is especially not good for antibiotics because these need to be completed to work.

4. Talk and reason with your child

This is the best method a good and sane parent should use. But if you have in your hands a normal and healthy toddler, the this method will most probably won’t work.

They may understand why they have to take the medicine, but their passion and commitment toward their own reason to not take it (ie: it taste like poo!) will beat all your logic and reasoning.

5. When all else fails, pin the little rascal down!

But jokes aside, you can try all the methods above, or even anything else you can think of that I haven’t mentioned, and see what suits your child best.

It may take a few days, or like in my case, years (and still unsuccessful!). But at the end of the day, parenting is really a big experiment and you just need to be patient and try your best. 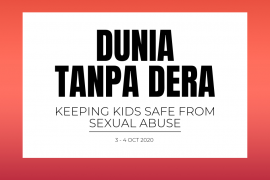