Pakchic Says: It’s Stressful for a Four-Year-Old to Anticipate a New Sibling 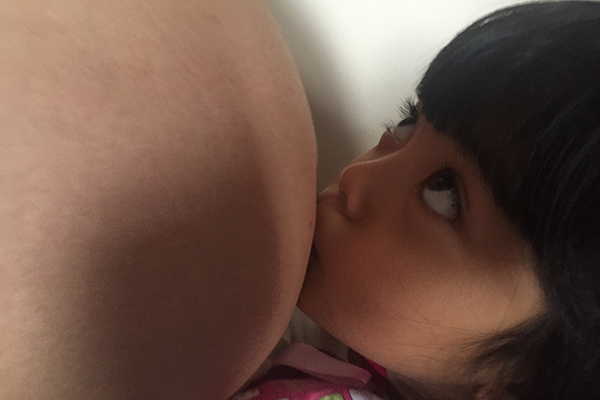 I’ve been picking Athena up from school during the tail-end of my wife Jasmine’s pregnancy with our second child because, well, the cramps she gets now can be quite uncomfortable.

One afternoon, as usual, I stepped up to the gate of the kindergarten and saw Athena being escorted out by the teacher with her bag and water bottle.

I waved hello at her and she waved back. She looked a little tired, as she normally does at the end of a school day, with her hair a little bit messy probably from running around with her friends.

In the car driving back home, I asked her about her day.

“What did you do in school today Athena?”

She ignored me and looked out the window.

“Athena. What did you learn today?”

“Athena. Can you hear me? What do you do when someone asks you a question nicely?”

And she was still quiet.

After a brief one-sided exchange, I had to go into disciplinary mode. So I chided Athena on her manners and reminded her how she would feel if someone else ignored her if she was speaking.

But she insisted on the silent treatment towards me and eventually, she started sobbing and throwing a bit of a tantrum (throughout the entire drive home!).

When we arrived home, she was still crying and this time, even more hysterically. She didn’t even want to talk to Jasmine or be pacified by her at all.

Eventually, she stopped crying but was still sulking. I wanted to stay longer and make sure everything was alright, but I had to leave for a work engagement.

A few hours later, my wife sent me a Whatsapp voice-mail and it was Athena saying “I’m sorry Pops. I’ll be a good girl. I love you.”

Apparently, school didn’t go too well because her whole class was a bit too noisy during one of their sessions and so everybody only got one sticker each at the end of the day!

Oh, the troubles of a kindergartener!

But there was more than met the eye.

Jasmine told me that once she was all composed and back to her regular self, she started chatting while playing with her toys in the living room.

“Once adik comes out already, who will take care of me?”

All this while, Jasmine and I have been actively trying our best to make Athena feel comfortable and secure about having a sibling.

We talk to her, bring her along to all the doctor’s appointments and she talks to the baby all the time. She even calls for family hugs while stroking Jasmine’s belly.

But it goes to show that you can never assume anything when it comes to a four year old who is going to be an older sister for the first time.

Understandably, she is feeling nervous and probably scared too. So when I got back from work that evening, I think I hugged and kissed Athena more than a thousand times until her bedtime.