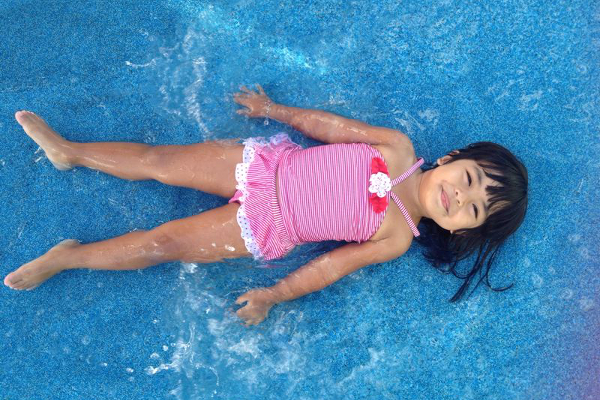 I love a good argument. How can you not? There isn’t a much better feeling than having a stand, proving it, and then see the submission of the other party whom you arguing with!

A good argument (when you win!) will improve your self-esteem, re-affirm your beliefs and put you just one step ahead of the person who lost the argument.

And, being the captain of my secondary school debate team, I can never resist a good argument. I’ve debated and argued with a lot of people.

I’ve lost a few arguments, but won many. So I’m quite proud of my good track record. Kind of like a boxer with the number of knock outs he’s had.

But in the past one to two years, I’ve had to re-evaluate my persuasion skills. I think I might have just met my match when it comes to a sparring partner.

“You have to. You’re all sweating and smelly!”

“But you have to. You all dirty and that’s very unhygienic!”

“If you don’t bathe, your hair will get matted and your skin will be all flaky. It’s not healthy.”

This is just one of many examples of an argument I would have with my three-year-old daughter Athena Azlee. I would always bring my A-game to the table from my experience debating.

I would start out by reasoning with her, then I would start raising my voice, and it would end with my screaming and her crying for her mummy… and no bathing.

And how my wife would put it describes the situation best… it makes me look like a pathetic 36-year-old man arguing with a 3-year-old girl (but sayang… she really HAS to bathe!).

I’m a person of rationale and logic (well, I like to think so anyway). I don’t believe in violence and always try to have an open-minded dialogue to solve any conflict.

So is it so wrong for me to show my intellectual prowess over my daughter? I mean, come on. I’ve tasted more than rice compared to her, right?

This would be the exact situation for when the elective Psychology 101 class I took during my first year in university should come in handy.

And when I say ‘should’, its because I really ‘should’ have paid more attention to Mr. Mudzir Mohamad all those years ago so I wouldn’t have to learn it the hard way now.

As a 36-year-old man, you need to be more patient, soft, appealing and fun in order to persuade a cute little three year old to do something that isn’t fun.

I learnt to observe Athena. I now know that she prefers the term ‘washing up’ rather than ‘bathe’ even though she knows the whole shampoo and soap scrubbing is still going to happen.

I also know why she always stubbornly clenches her mouth, shake her head from side to side, and doesn’t want me to brush her teeth.

It’s because she just wants to hold the toothbrush on her own and for me to guide her hand along so she feels like she’s brushing her own teeth.

And when she cries every time I shampoo her hair, I discover that all she really wants is to have a little bit of the foam in her hand to pretend like she is Elsa from the movie Frozen.

So, lesson learnt. If I want to win an argument with my daughter, I can’t do it now. I’ll have to wait till she’s a little bit older… like when she’s five years old.

Then I’ll show her who was the captain of the school debate team! Yeah! 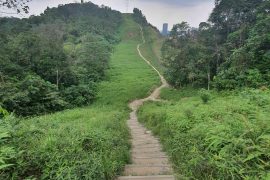 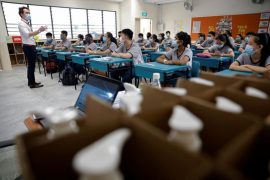 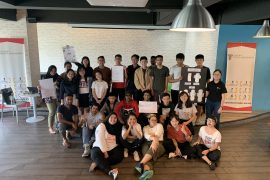