Makchic Reviews: BeeBop Circus | The School at Jaya One 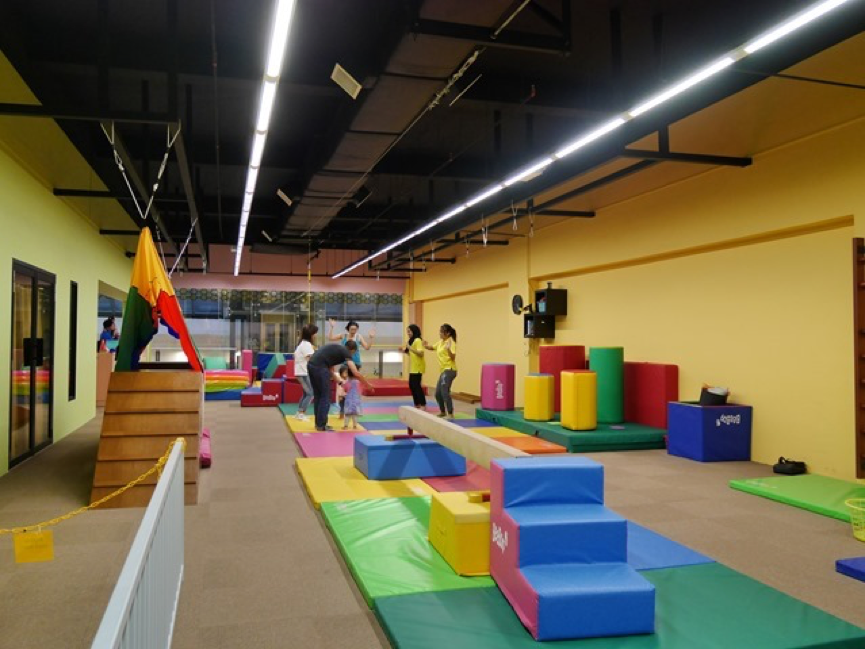 My son Khaleeli is a classic example of an energetic toddler. Ever since he was younger, he seemed wired for physical play. There was plenty of knocking and tumbling, rolling and jumping, wherever and whenever.

I believe that physical play is part of a healthy child’s development. My husband and I, however, worry about my son’s safety as not all places are suitable for his rough play. As such, we decided to try out a few kids play gyms to let him use up his energy.

What we were looking for was a place for him to jump, climb, roll or fall without worrying about his safety. We also wanted ample space for us to supervise without ‘hovering’ over him. We preferred a space that is not too crowded with children, as sometimes accidents happen when they are too many of them around, especially older kids.

One of the places that we tried was BeeBop Circus, located in The School, Jaya One, Petaling Jaya, Selangor. Essentially, BeeBop Circus is an educational kids play centre that focuses on learning through physical activity, music, dance, and arts. 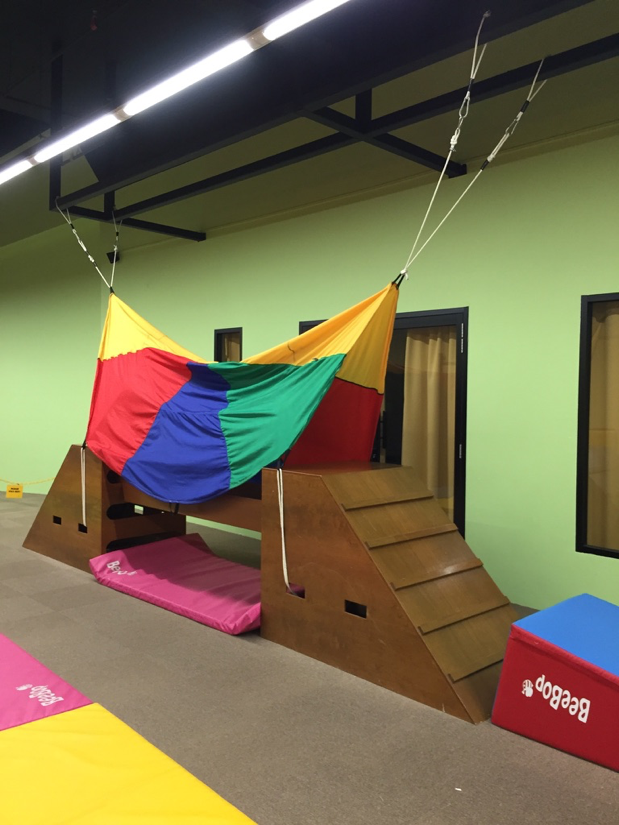 What’s unique about BeeBop Circus is that instead of letting the child play on their own, they are actually guided by a group of dedicated instructors during their play session. Unlike the common play places around KL and Selangor, BeeBop Circus is not opened to just any walk-ins. It is exclusively for enrolled children only.

1) The theme-based play and learn concept
BeeBop Circus has a play theme that changes every month. For example, if it is running a Forest Adventure theme, the circuit in the gym will be changed to suit motor skills related to forests and adventure. During the session, children enjoy songs, learn about colours and objects, and listen to stories related to the same theme. It is a brilliant way of integrating play and learning.

2) The dedicated instructors
What I notice is that the instructors for the session are capable of handling children with different temperaments. Even though energetic, Khaleeli has a reserved and cautious personality in a new place with new people. During the start of the session, the instructors gave enough space for him to make himself comfortable. At the same time they encouraged him to break out of his bubble and build trust. 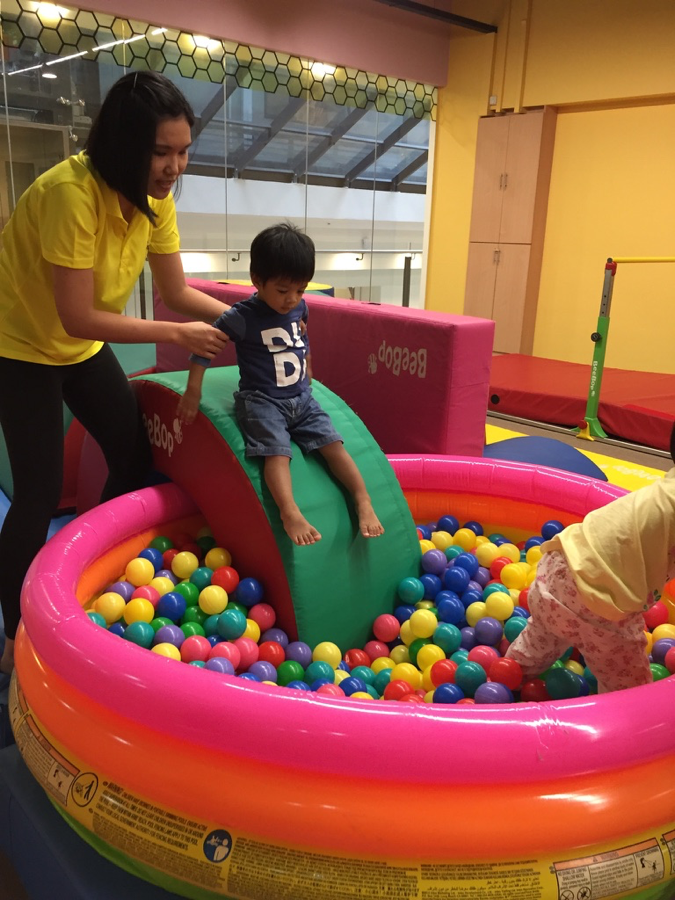 3) Smaller crowd
As it is more of a play and enrichment centre, BeeBop Circus only allows enrolled children to access its play area. That means we get the same crowd every time we attend the session. The group is small enough for the instructors to handle, yet big enough for the children to socialise comfortably.

4) Parents involvement
At BeeBop, play is also encouraged for parents, especially those with children aged 1-3 years old. During the sessions, at least one parent must join in and engage with their child. My son was around 2 years old when we tried out the gym, so for his age and level, his sessions were set for around an hour, at least four times a month. 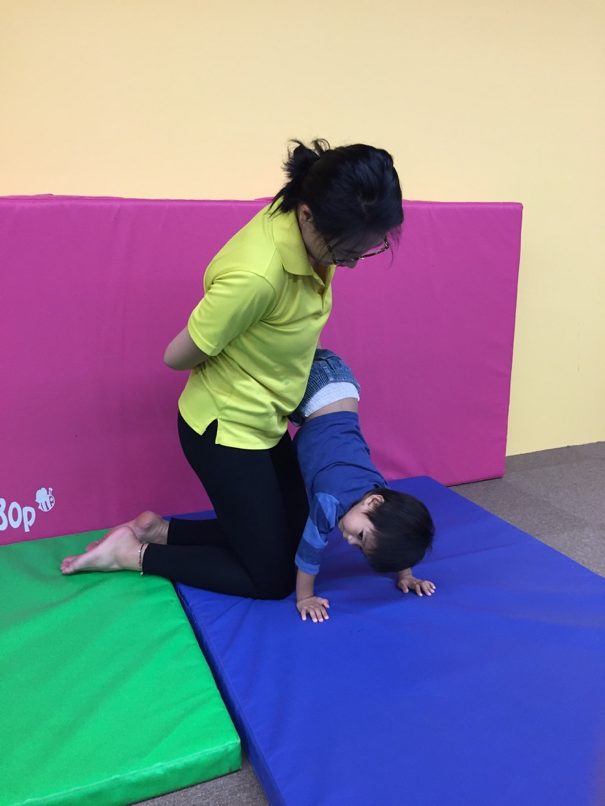 What could be improved:

The locker area built within the play space has handles which are quite sharp-edged. My son accidentally hit the handles and bruised himself while he was playing, so I hope they have considered a more child-friendly locker area.

As a parent, I personally think that BeeBop Circus is quite a well set up and safe place for children to practise their motor skills.
The program also encourages children to explore their abilities, guided by trained instructors. At the same time, children learn about trust, moral values, music, colours and patterns during their play session as these elements are incorporated in their module.

Besides toddler activities, BeeBop Circus also offers classes for kids up to seven years old, including kids gym, dance and arts. They also cater for party events such as birthday parties or school excursions.

Ayuni is a mum of two bubbly bubs, a freelance writer and a stationery hoarder. When not writing, she’s busy running the household, daydreaming about travelling the world or playing with her fancy colourful pens. 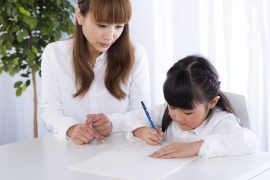