Most parents have heard of the Kumon Method, but what do you really know about this respected brand, now in its 60th year?

Four million children from age four to 17 currently attend Kumon classes in 50 countries, making it the largest and most established after-school enrichment programme in the world.

What has made this Japanese method so compelling to little ones and their parents? We speak to some Kumon parents to find out what the Kumon Method entails, and how these classes have changed their lives.

At the very heart of it, the Kumon Method – founded in Japan in 1954 – was derived from a father’s love, one who saw the need to help his son.  Founder Toru Kumon created worksheets to help his son develop a self-learning method, allowing him to develop his learning abilities beyond his school grade.

Saharlin Mohamed, mother of 10-year-old Faiq and 7-year-old Faiz, attributes her children’s success in school to Kumon. Both attend a local government primary school and an Islamic school after schooling hours.

“I had a colleague whose child attended Kumon classes and was doing well in school. I found out more and subsequently enrolled Faiq in Kumon Maths when he was six. Today, at ten, he is doing Advanced Mathematics that is five years ahead of his current school grade,” she said.

Faiq later started Kumon English, and was consistently top of his year for the last three years. His younger brother Faiz also started Kumon, and at seven, is now doing Advanced Mathematics that is four years ahead of his school grade.

She started Xuan Ling with Kumon Maths when she was five-and-a-half, later enrolling her in Kumon English. She is now seven and doing mathematical problems that are two years ahead of her school grade. For English, she is a year ahead.

If you’ve ever worried about whether your child is unable to cope in class, or is too advanced and bored, especially in critical subjects like Mathematics and English, then Kumon’s ‘Just Right’ Method is a boon.

In this method, instructors do not teach children in a uniform manner – there is no comparing with others. Students start with their ‘just right’ level and progress at their own pace. Progress is driven by ability not age. Students learn from examples, explanations and hints provided in the worksheets. They then attempt the questions on their own, under the watchful eyes of experienced expert instructors who only guide when necessary.

Tan feels her daughter Xuan Ling has benefited greatly from Kumon. The ‘Just Right’ method, she said, allowed Xuan Ling to transition without too much stress. She went from a comfortable level to one where is she challenged by the material.

Kumon uses specialised worksheets that are constantly improved through research. The worksheets do not promote rote learning, but their drills demonstrate how the right practice and repetition can help any child master a given level of skills.

When a child has difficulties, the instructor just takes them back to a much lower point in the worksheets and encourages repetition until they are ready to move on.

The parents we interviewed noted there were common misconceptions about the programme in relation to this approach.

Parents not familiar with Kumon were usually concerned whether the traditional ‘pen and paper’ worksheets would be too boring for the child. They worried if classes were just glorified tuition sessions that promote outdated rote learning methods monitored by seemingly passive instructors.

Rezi Junoh, who is father to Faiq and Faiz, initially had his doubts. “In the beginning, we wondered why the instructor did not actively teach or help the children. Only later did we see how the Kumon Method helped our children gain independence via self-learning.”

Kumon founder Toru Kumon once said, “For children to make progress, it was more effective to meet their natural desire to grow and learn, rather than force them to advance by cramming everything into their heads.”

“There is a limit to how much you can force a child to study but the potential for growth through self-learning is limitless. This makes both children and their parents happy.”

This is the central force behind Kumon’s approach and success.

Tan said this emphasis on self-learning was an amazing feature, and meant more than just improved grades in school.

“The discipline and self-learning habits she has built up with Kumon have carried over into her piano and other classes. She can now progress to harder piano pieces more easily,” Tan said.

For Xuan Ling’s last music recital, she was asked by the teacher to perform a more difficult song that she quietly practised on her own, much to her mother’s surprise.

Kumon Maths and English are a powerful combination

Parents loved that mathematical competency became more potent when combined with English Language skills. English is not only important for communication but also for the understanding of Advanced Mathematics and Science as many exam problems for these subjects are written up in text, not just numerical formats.

Tan said her daughter enjoys Kumon Maths and English. Whether solving maths problems or reading English passages, Xuan Ling now applies both logic and imagination to anticipate what will happen.

She thinks about the concepts and ideas that the questions and stories are trying to convey. She also questions things more.

Rezi says that Kumon has given his kids useful life skills that have also made his life as a parent easier. “It was not easy at first, but we stuck with it. Now, we no longer need to remind them to do their homework and Kumon worksheets. They are disciplined. They will automatically complete these independently within the allocated time, only asking for help when really needed but not without first attempting the problems on their own.”

Through Kumon, his son Faiq has not only become skilled at Mathematics and English, but also a well-rounded child who is confident. “He is brave enough to speak up and quick to respond to questions in school. As a student who is focused and can finish his work fast, he also helps other children.”

These positive behaviours gained from Kumon have impacted other aspects of Faiq’s life. He is a school prefect and Taekwondo red black belt holder. His parents are also seeing similar progress in his brother Faiz.

Saharlin said it was a competitive landscape for students these days. Parents were afraid their children would be left behind without extra enrichment classes.

“We initially asked ourselves: how do we pick the right enrichment class to attend?”

For her, Kumon ticked all the right boxes with their remarkable key features.

She said, however, she noticed that not many local children from government schools attended Kumon classes. Most came from private schools.

“Kumon is actually very good value for money. Instead of many different tuition classes for many different subjects, you only need to attend one programme. The good learning behaviours and skills will positively impact other subjects,” she said.

For grateful Kumon parents, their children’s mental resilience as a result of these classes has been nothing short of inspiring.

This is a sponsored post presented by Kumon Malaysia 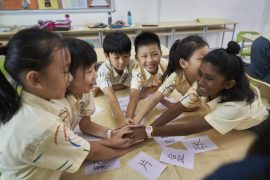 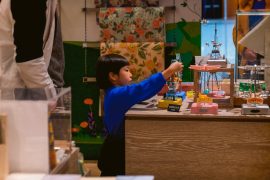 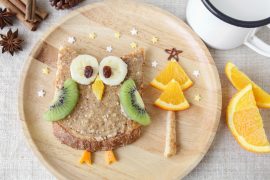