[Interview] Patricia Knudsen: It was such a hard time 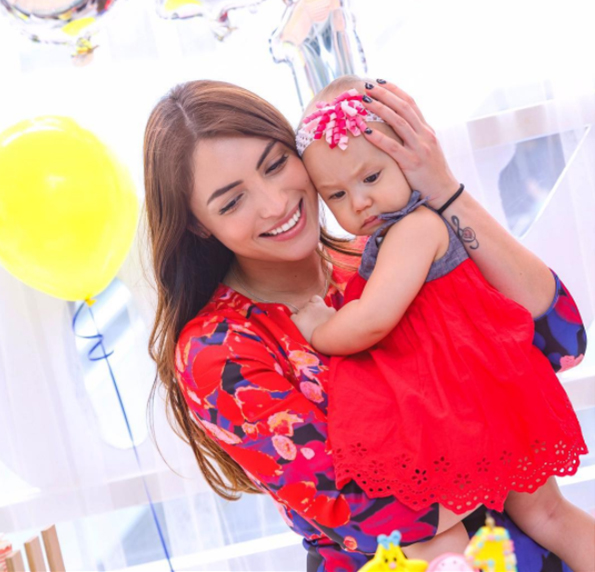 Being a new mum can be a daunting task. You get advice and stories from experienced mothers who tell you it’s a lot of hard work and sleepless nights. But nobody can ever truly know what it all entails until you become one.

For television personality and radio deejay Patricia Sue-Lin Knudsen, motherhood brought real challenges, even as she enjoyed her new role. Knudsen, fondly known as Patricia K, said becoming the mum of little one-year-old Sophia gave her a greater understanding of what new mothers go through.

“I just remember being so tired and messy after I gave birth. I really felt like it was such a hard time and that all the help given was so appreciated. Also, I just literally looked like a bum for 3 months,” she said.

She remembers that time so vividly that she decided to organise a Mum’s Day Out contest via Instagram recently – giving a new mother a chance for some care and pampering.

“I just wanted to give someone the chance to come out, and have a nice day out – I knew I would have appreciated that back then too,” she said. 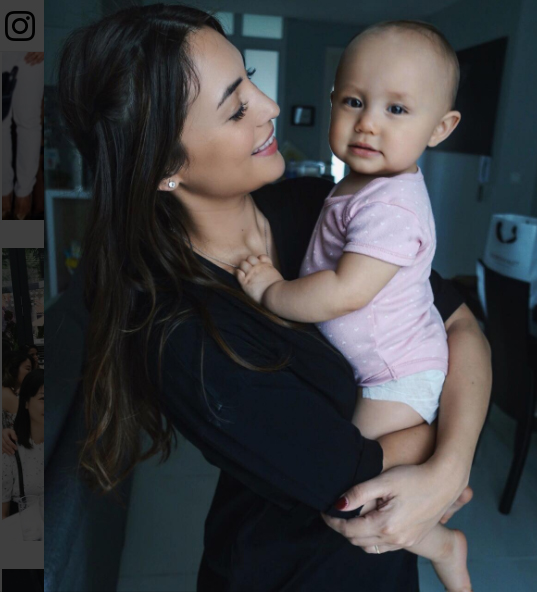 Knudsen describes the start of her journey to motherhood as a relatively easy one – it was a smooth birthing experience that began the morning her water broke in the bathroom. She was unsure whether it was indeed her water breaking, so she went to get confirmation from her doctor. Contractions began at 7.30pm, and she was in the hospital an hour later.

“I was pacing the hallway for a while, crying,” said Patricia. By 5am, despite having had an epidural and endless contractions, baby had not arrived. A doctor was called in for a possible incision to help with the delivery.

This news scared Patricia, who promptly “gained superpowers” and delivered her baby with four women and her partner, DJ Joey G, cheering her on.

The phase after delivery proved to be more intense and challenging. Just like any new mum, Patricia said she suffered a bit for the first few months. She felt a bit lost. Everything was new to her and she was always worried.

She said she went through many ups and downs. “I was so tired all the time and the healing process took a while. There was a lot of pain.”

It was quite the journey, she said, but there was nothing she would change about her experience. “I am glad we did everything, and that we really learnt how it was to be new parents. It’s just really crazy to be honest!” she said. 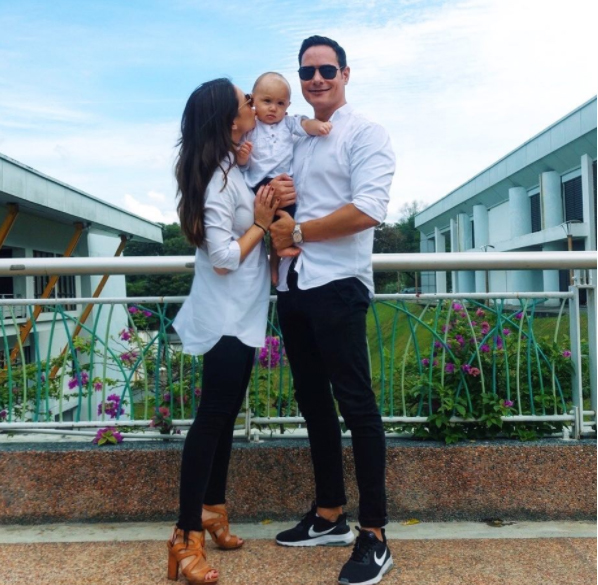 All her experiences and understanding inspired her to run her Mum’s Day Out contest, which culminated in her gifting a full day of pampering to a new mother – Balqis Osman – recently. The contest – which saw participants uploading a photo or video to Instagram and completing the sentence “Being a new mum is …” – featured prizes from a group of sponsors supporting Knudsen’s cause.

Balqis’ winning entry proved to be more of a little story, aptly demonstrating the craziness of motherhood.

Being a new mom is… coming up with inventive ways to feed yourself while feeding a baby. Not being always being able to shower, much less wash your hair, and possibly wearing the same stinking pyjamas three days in a row. Crying through sore, cracked nipples at each latch – but it does get better! Worrying about suffocating your baby with your big boobs.  Dealing with a jealous elder (fur) brother, who will scratch the sofa and destroy your flip flops while you breastfeed because he knows you can’t do anything about it.

Being welcomed into a secret “mothers’ club” by all the moms who have been there before you. Laughing at how loud baby farts are and baby’s poopy face. Then grossing out at the resulting diaper bomb. Staring at their little faces, fingers and toes all day, everyday, coz they’re so cute. Getting to sniff that new baby smell and shower them with kisses everyday, because they are all yours forever and ever.

Hoping to be able to get a pamper day and look fabulous once again… if only for a little while ? ”

Knudsen said she wished she could have picked more than one winner as the contestants “were all wonderful”.

“The contest was just a gesture to a new mother who needs a bit of a pick me up. I think every mum needs a bit of that when they give birth, and in the first year. Especially if they don’t have much help,” she said.

I had such an awesome and fun day out with Balqis, who was the lucky winner of the MDO contest. It was her first time away from her little 8 weeks old baby boss, but I truly believe all new mums need a bit of TLC during the first 100 dark days of having a baby (if not more). I would like to thank some of my favourite and most generous brands that I truly support – @76_style @76_charles @nailsmith.publika @beautygenemy @phiclinicmalaysia @thaiodyssey @offspringnatural – thanks for having my back on this idea and giveaway. I hope we can do more of these in the future for other deserving and lovely people ? @beeheggie Sending lots of love to you and your family. X #MDOwithPatK #76_style #BeautygeneMY #ThaiOdyssey #OffSpringNatural #NailsmithPublika #Phiclinic_Malaysia #FilmedandeditedbyPatK ?

As for Knudsen’s continuing journey with baby Sophia? She said she has been doing her best to fit activities like a workout regime into her schedule. Thankfully, she said her partner Joey has been amazing as a dad.

“He has been there from the start and I know that Sophia will always have her dad to lean on. It’s great to see when men step up to the plate. It should be equal in the household when it comes to taking care of the kids.

Brianne Aeria was all about 9-to-6 workdays until she gained a new boss, her son Isa Alexander Ruffin. Now a freelance writer and NirvanaFitness instructor, she spends her days chasing her toddler around and being wrapped around his little finger.