My Story: What we decided for our high ability child

Most parents, at one time or another, think “Wow, my kid is amazing!” But we’re not experts, so we don’t really know how amazing they are. What you experience is normal for you. So it was for us, with Alex. He developed the way he developed, and though I had some familiarity with milestones, he didn’t seem extraordinary in any way.

It was a month into Alex starting primary school when we received a message from his teacher – could we have a meeting about Alex? I assumed it was to talk about his progress in French, which was productively behind English.

To our surprise, we were informed by the teacher and someone in the special needs department, who’d had some sessions with Alex, that they suspected he was ‘high ability’. From their observations and some reading and maths proficiency tests, they’d ascertained that Alex was actually performing two grades above his current one. However, since he was one of the youngest in age for his year, they recommended moving him up only one year.

To Move Your Child Up, Or Stay The Year

At this, my husband and I naturally gravitated towards opposite ends of the spectrum. I immediately felt protective of Alex and wanted him to stay in his year, with the kids he’d just got to know. My husband, however, had found school very easy all through primary school and in retrospect wished he had been more academically challenged earlier on. He didn’t want history to repeat itself with Alex.

And so we mulled over this, talking to a handful people around us – other parents, educators, friends, and family.

Some people will tell you that children need to experience rigor and challenge from an early age, in order to develop the expectation to work hard for successes, experience failures, and learn resilience through the difficulties. What’s the point of sitting through lessons you’ve already mastered? The danger is creating a bored and listless child, and cultivating an expectation for school to be easy, making the later years of study a much tougher mountain to climb.

Other people will emphasise the importance of kids having the time and space to develop socially and emotionally with peers close to their own age. High ability isn’t necessarily linked with emotional maturity, and especially in the teen years, puberty can make a year’s difference feel like a lifetime. 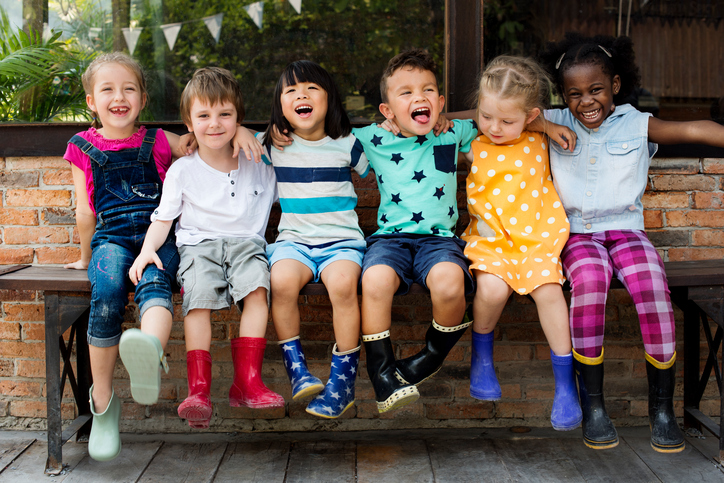 We were still on the fence when the class teacher asked to see us again, this time with a request for our permission for the school’s learning specialist to meet with Alex and test him more formally using a test called the WISC IV (Weschler Intelligence Scale for Children). Sure, we said, why not. The results confirmed what his teachers had suspected – Alex scored in the 98% percentile. As we discussed Alex’s likes, behaviours and temperament, the specialist continually pointed out what were supposedly typical features of kids in the same boat: an intolerance for ambiguity; perfectionism that was a little scary at times; and love for the acquisition of data, to be manipulated in variations.

For one of the subtests, the report included this snippet: “Alex did this test less enthusiastically, probably because it was not intellectually motivating and therefore unsatisfactory. He did the minimum to please the examiner.  He also did not appear to be stressed by the stopwatch, and showed no urgency in accelerating. In addition, his perfectionism prompted him to verify all his answers before moving on to the next item.” Yup, that sounded like my kid!

Ultimately, the specialist assuaged our concerns. Alex was still young, he said. We didn’t need to make the decision now whether to move him up, or even at all. Some kids needed stimulation in class to remain engaged. Other kids got that outside of class. We would see how it went and go with the flow. This, along with his class teacher’s observations that Alex still really loved playing and was perfectly content to read quietly on his own after he’d finished his work, were what made us to decide to keep him where he was.

At the end of the year, we received an official recommendation from the principal to move him not to equivalent of Standard 2, but Standard 3. We decided to keep him with his age group. Standard 2 has started off fine. The academics are mostly a breeze for him, but we have chosen for him to chug along rather than go full speed ahead for now. Meanwhile, outside of school, he swims, sings in a choir, reads voraciously, and he and his dad scream at the TV when playing video games.

What Do I Do About My High Ability Child?

Some final thoughts about things to consider if you find yourself in a similar boat:

Uma is a Malaysian mum who works in teacher education. She has a six-year-old son, Alex, and currently lives in Singapore.