Women’s Day 2019: What Mums Can Do To Support #BalanceForBetter

All my life, I always envisioned myself as a mum to daughters. But I’m now a proud mother of two young sons, and so I guess it is my fate to raise feminist boys.

It isn’t the easiest thing in the world, no matter how feminist or ‘woke’ I think I am. Since becoming a mother, I am more aware of my existing biases and previous bad behaviour. I am certainly afraid of making mistakes.

You also realise very quickly that teaching someone else, especially your child, inevitably involves teaching or revisiting tricky topics yourself.

All this makes this year’s International Women’s Day’s two themes extra special and meaningful to me. They are ‘Balance for Better’ and (the United Nations’ official theme), ‘More Powerful Together.’ 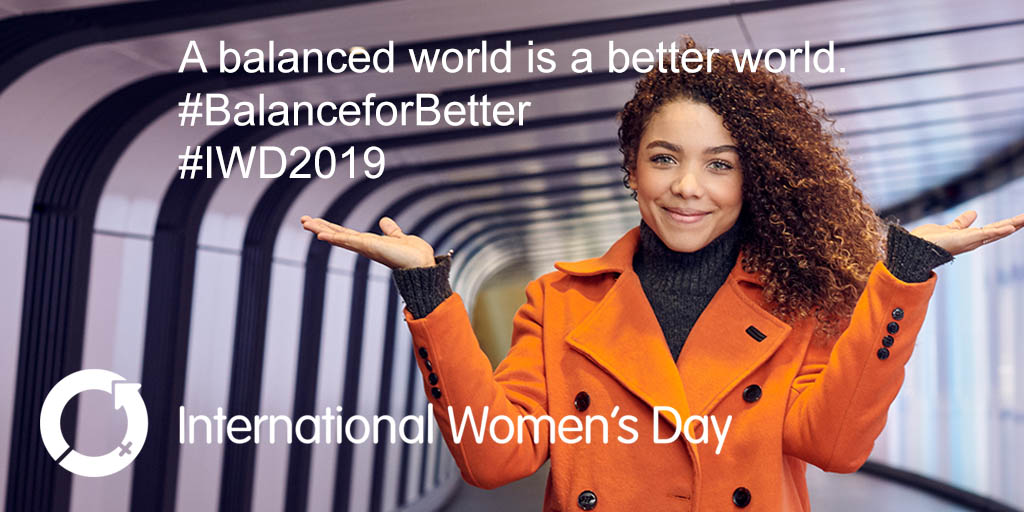 Both themes focus on the need for more men to get involved in the struggle for gender equality and the importance of not excluding men from the conversation about feminism. I love this and I know other mothers will probably feel as strongly about this as I do, because obviously there is no way I can view my boys, their father and my male family and friends as ‘the enemy’.

But how can mothers and fathers get involved and support this call-to-action?

A united front for gender equality

Getting more men to become allies will be crucial in the struggle for a gender-balanced world. In Malaysia, women activists been wary about male allies who have turned out to be disappointments to the cause. They are also wary about men in the public eye who may not clearly and deliberately identify as allies or feminists.

But here’s where mummies can play a part. We can remind and encourage our partners best – they are the fathers of our children, and they know our hearts, capabilities and strengths. “You know I’ve lost none of my ambitions even though I’m now a mum.”

They are in the best position to be loud and proud allies for gender equality in the country – they understand the importance of making things better for the future of their children. “Would our daughter be able to compete for that role, you think?”

Our men can be allies and role models for other men, standing up and speaking out against sexism, harassment and gender inequalities at work.  “Why aren’t there any women on the panel of the conference you are speaking at?” 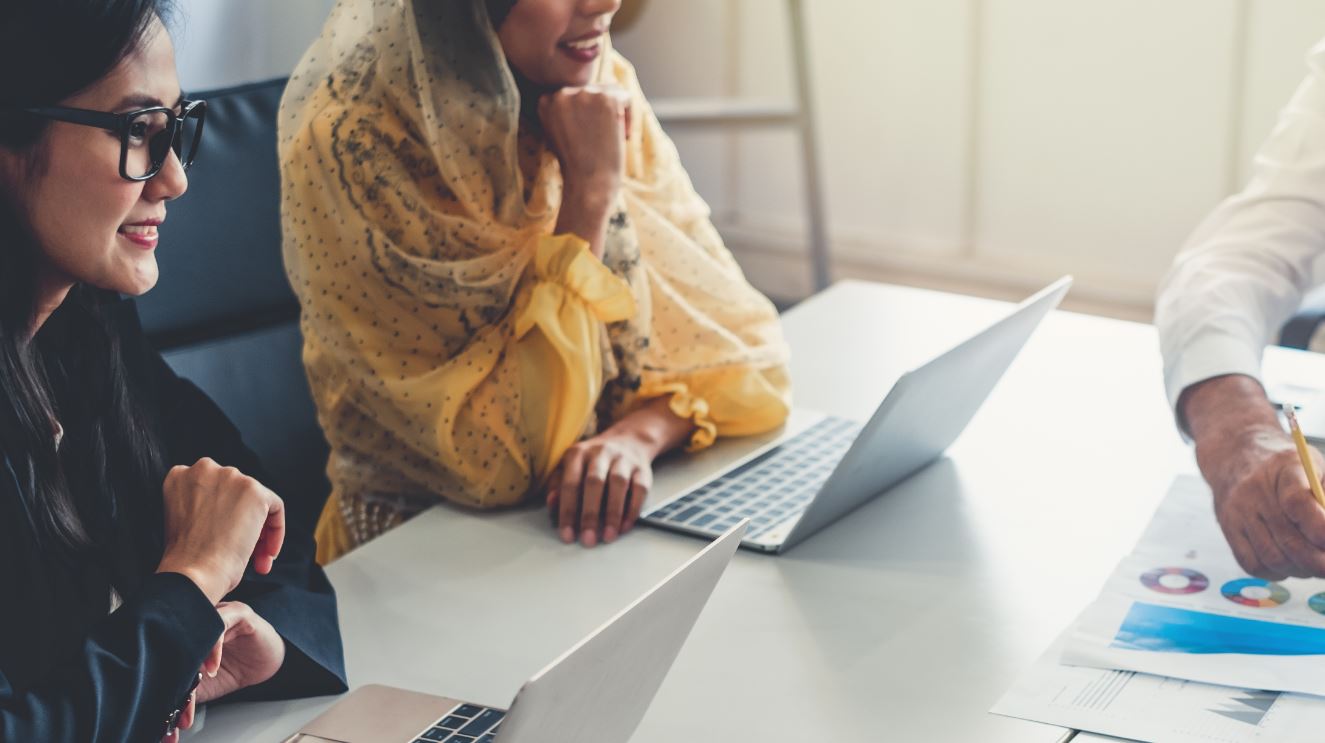 But most men do not suddenly become ‘woke’ or enlightened overnight. We have to be mindful that men are less likely than women to recognise sexism, and most do not fully understand the social privilege conferred by their gender.

If we are to view our men as real partners and allies in our lives, it takes an understanding that they may have been brought up with a certain mindset about masculinity, or they have never really had to think about gender issues deeply.

How can we convince our husbands and partners to help us in this battle? The beautiful thing about facts is that they speak for themselves. Women are half of the earth’s human population and we birth all its inhabitants, but we still have a long way to go for full gender equality.

In 1910, a feminist called Clara Zetkin tabled the idea of International Women’s Day to push for women’s demands. A whopping 109 years later and we are still here. Women are still not present in equal numbers in business or politics.

It is with a sense of pride that I see increasing numbers of Malaysian women flourishing in entrepreneurship and business. This is possibly the most exciting scene in our country now. It is probably the reason why many women are flushed with confidence, thinking the sky’s the limit for their gender these days.

But make no mistake. When it comes to the power to make decisions and policies that affect real change for Malaysian women, children and families, the numbers are still dire.

Out of 28 Malaysian cabinet members, we have only 5 women. “But there are many deputies to make up for that!” you may think. Are there? Out of 27 deputy ministers in the cabinet, we have only 4 women. A child could tell you whether that is equal or fair. It is simply not good enough.

The World Economic Forum has said the gender gap won’t close until 2186. That is a jaw-dropping 167 years away. But if “gender balance is essential for economies and communities to thrive,” as the IWD official website says, we simply must do better.

Malaysia – Not that bad?

In Malaysia, we continue to read disturbing reports about child abuse, the harassment of women, abandoned babies and child marriages, among others.

There’s no juice to the women’s movement if women themselves think everything is hunky dory.  In the Women’s Aid Organisation 2019 report ‘Status of Women’s Human Rights: 24 Years of CEDAW in Malaysia’, we see that there is clearly so much that needs to be done.

The report lists down these areas that still need our attention: 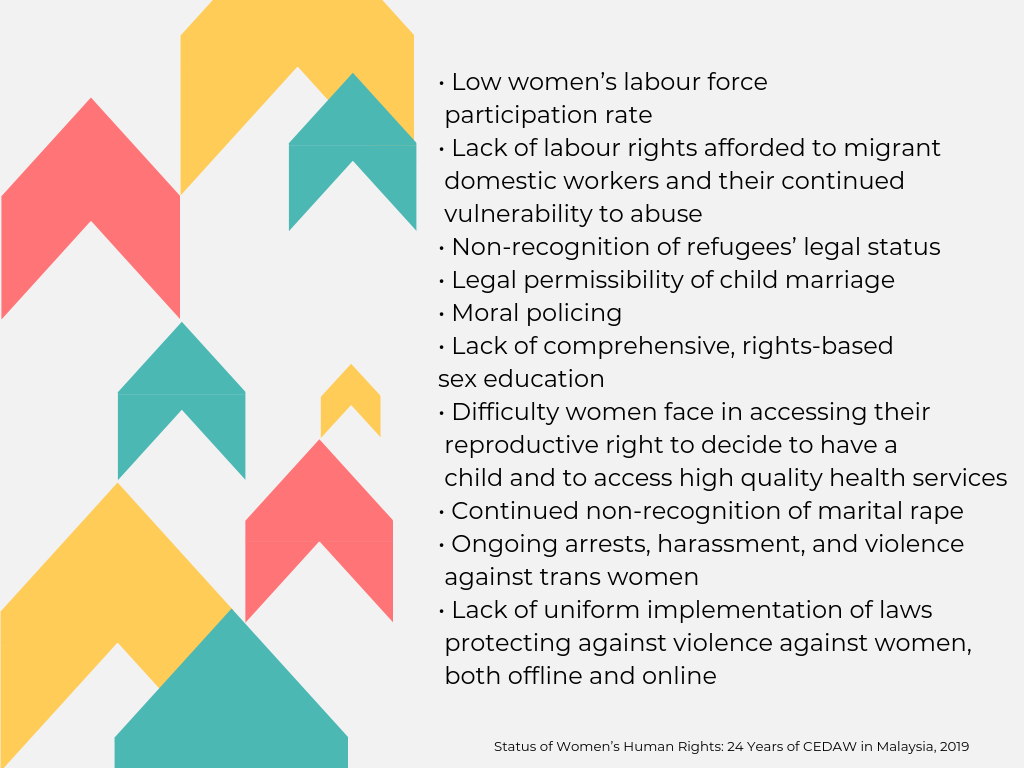 Political will and action are necessary for change. Let us call out for gender-balanced governments, boardrooms, groups and media coverage. Educate ourselves further about sexism and gender inequality. Let us pick areas of advocacy that we feel strongly about, and keep the public conversation about them alive. Keep our leaders accountable.

How many times have we heard these refrains, let them slide, nod in agreement, or said them ourselves? And how does that impact what others think about trusting women in positions of authority, power and leadership? 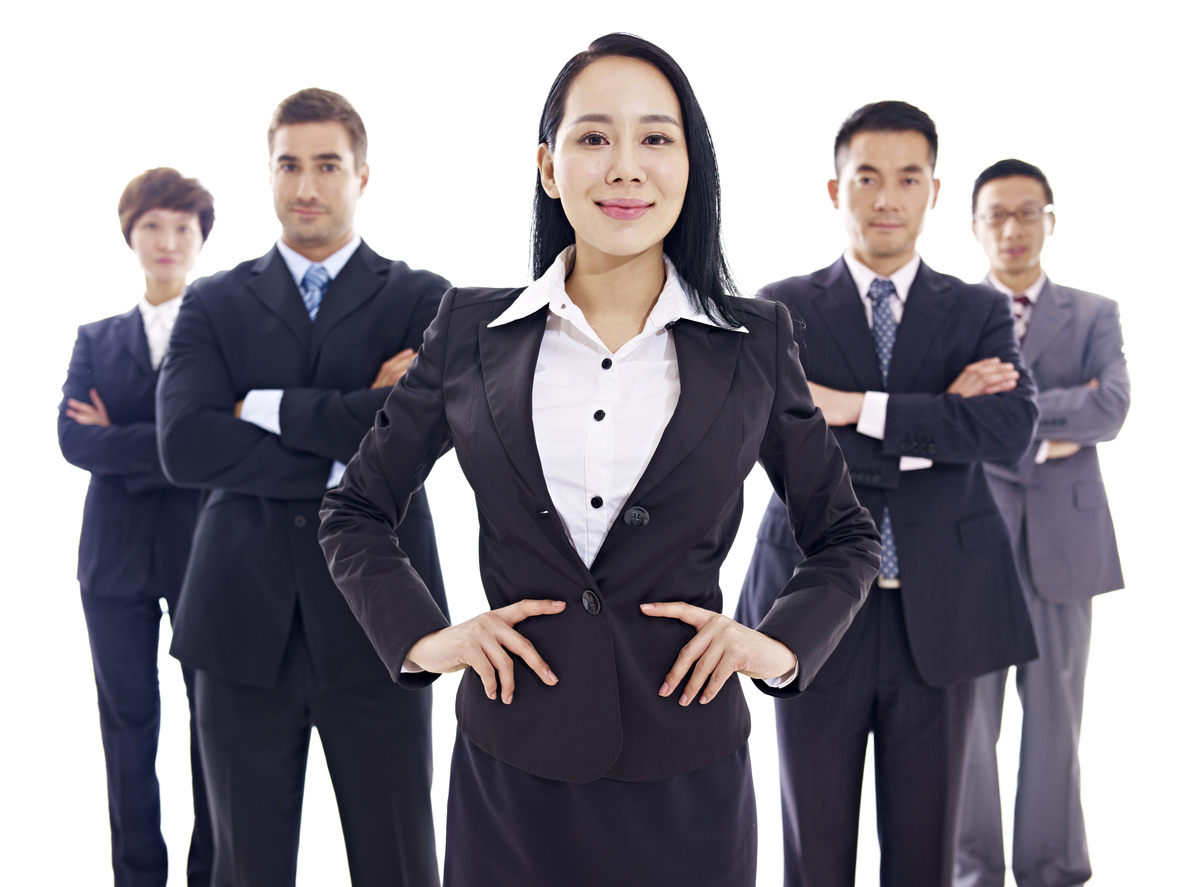 Watching the LeanIn video series on Fighting Bias was extremely helpful for me, as I found that I also held some biases detailed in them.

When I was younger, I always felt I had to hit a higher bar or be ‘100% qualified’ before I requested or applied for any work opportunity, which is linked to attribution bias. If I’m honest I also probably had likeability bias – I felt that women leaders who were kind and maternal were probably not as effective as the firm and assertive male bosses I had. Gasp!

Obviously, that was youthful ignorance and completely unfair. As a leader now myself, I find that I’m traipsing between wanting to be firm and direct, but mindful that people may think me less likeable. It can be horribly challenging, and as the videos show, men do not face the same tightropes. They are rarely called bossy when they are assertive.

“We expect men to be assertive, so when they take the lead, it feels natural to us. In contrast, we expect women to be kind and communal. So when they assert themselves, we like them less. Women are more likely to be described as intimidating, too aggressive and bossy.” 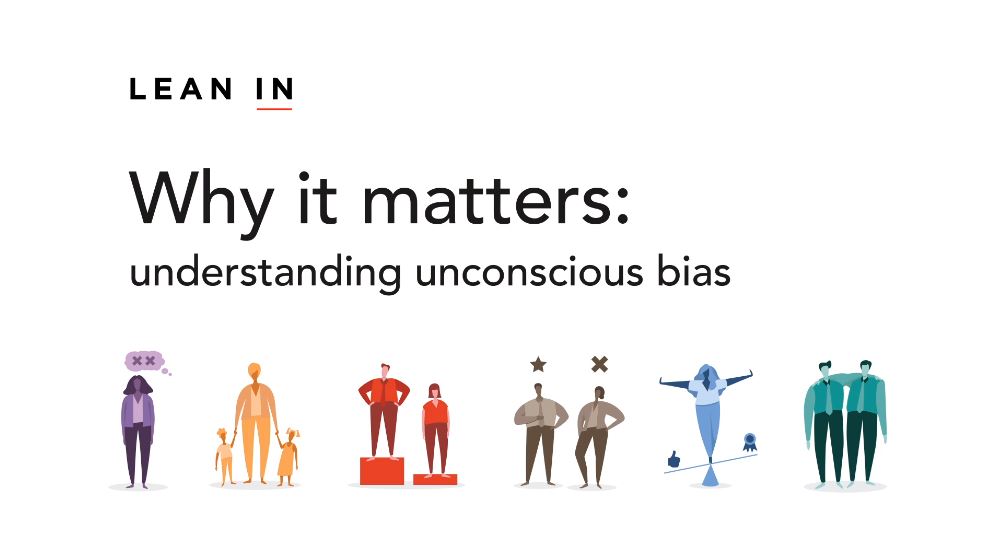 The videos also highlight maternal bias, where people assume mothers are less interested or committed in their jobs because they have children. Within our makchic team of mothers, I am particularly sensitive to the possibility of triggering this bias because we want our clients to trust us. We are mothers, but we can still do the jobs as promised.

No one is immune

What is comforting about the videos above is they keep making it clear that no one is immune from bias.  “Which means we all have work to do.”  And awareness is simply not enough, they say. We need to internalise that gender biases are harmful. We need look for it, and take steps to counteract it.

I also find comfort in knowing that in the age of #MeToo and the exposes on personalities like R.Kelly and Michael Jackson, we are all finding out that we still have so much to learn together. As a society, we are still unpacking disturbing realities to do with child sexual abuse and the psychology of grooming. We are still digesting how toxic masculinity can cause such heartache and pain for women and men alike.

Everyone has a part to play – all the time, everywhere. Let’s continue talking, learning and sharing with humility and empathy. We can get there.

Happy International Women’s Day to all our wonderful readers! 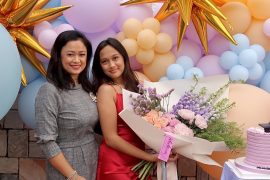