IWD 2020: Our little girls need to hear us say the words

I am still new to teaching, but every day I learn something from my 9- and 10-year-old pupils. On Friday, my class and I watched a video on children in poverty as part of our discussions on Oscar Wilde’s The Happy Prince for World Book Day. It was a thought-provoking episode called ‘(Not) Going to School’ from the documentary ‘Living On One’, and it showed the struggle Guatemalan children go through to attend and finish school. Some have no resources, some need to work, and some girls leave to get married, even at 13.

After the video ended, my wide-eyed pupils discussed its contents in pairs, and I then asked for comments or reflections.

Ten little hands popped up, but to my dismay, only one of them belonged to a girl. Even my smartest girls, with the best things to say, did not put their hands up. You can imagine the discussion that followed. I had to urge the girls in the room to offer their opinions. “I’d love to hear your voices, we need to hear your voices,” I had to remind them.

There are perhaps, some things to be said about shyness, introversion, or if I wanted to be sociological about it, cultural considerations, as many of them come from traditional Asian families.

But one out of ten? That was simply just not good enough, and not for a topic so interesting and important for them. I must admit that gave me quite a lot to think about the whole journey back home.

What can I say today, on International Women’s Day, that reflects more optimism than the reality in my heart?

In the US this week, Elizabeth Warren, a fearless and brilliant leader, dropped out of the running as the Democratic candidate for the presidency, and I agonised over the commentary. It reminded me about Hillary Clinton’s campaign, and how whip-smart, experienced and efficient women face so much sexism in their bid for power that it almost takes your breath away.

With both women, their strengths of super credentials, superior intellect, passion and competence were somehow turned into negatives. They were viewed as untrustworthy, schoolmarm-ish, elitist, arrogant, cunning, conniving or insincere.

We all know who Clinton lost to. With the ascendancy of leaders like Donald ‘Grab ‘em by the Pussy’ Trump and Boris ‘Just pat her on the bottom’ Johnson in the two most influential countries on earth, how can we not despair? Both men, who are from elite backgrounds, somehow won with their inexperience and their impressive record of barefaced lies. They triumphed with their use of sexist, racist and divisive language, and won over supporters by fuelling fear and prejudice of ‘The Other’.

Both Johnson and Trump have tapped into nostalgia for a time when both nations were whiter and more homogeneous, said Brian Klaas, an assistant professor in global politics at University College London. They have eagerly stoked nationalistic pride and encouraged hate-filled rhetoric against minorities.

Does that sound familiar? Sadly, that kind of rule book and play for power is probably the same for many other countries.

Political machinations orchestrated by a group of men in Malaysia left it reeling recently, resulting in a new Prime Minister and change of government. It was a change so abrupt that ministries had to bid a sudden goodbye to their leaders. They are still currently wondering about the fate of the policies, events, and programmes they had been working on.

I can’t help but wonder what could have been with wise and principled women in the room, at the helm, with the mandate.

So little power despite our strengths 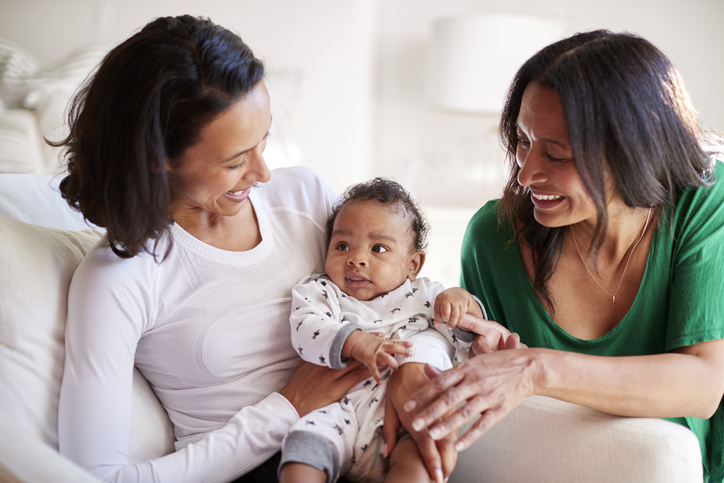 We have power as women, this we know. There is power in our bodies, so evident yet so inscrutable in its depths. We wrestle both fragility and strength, the ultimate of which must be the birthing of our children. At that moment we are at once incredibly vulnerable, yet wild and warrior-like – this is the miracle that is my body, see it heave its magic, watch as it brings life into light. Even without the children, our bodies are the stuff of legends – it bleeds as a given, yet it persists and thrives. It can give sustenance and keep other lives alive, we know even adoptive mothers and women who have never been pregnant can breastfeed.

But beyond the biological is something else. Our real power is that we grow into womanhood: we gain knowledge of what it means to suffer a certain fear, fight certain expectations, struggle against misogyny so deep-rooted that sometimes we have to unlearn what we had been taught since we were little.

Our real power is that we wrestle with and understand these dual elements of deep fragility and strength every day. We know how to instinctively communicate this, whether through the physical and emotional nurturing of others or the embracing of the frail and vulnerable. Just look at how our mothers and grandmothers were, always managing, enquiring, supporting, feeding, soothing, repairing, consoling and a thousand other verbs to do with the care of others. 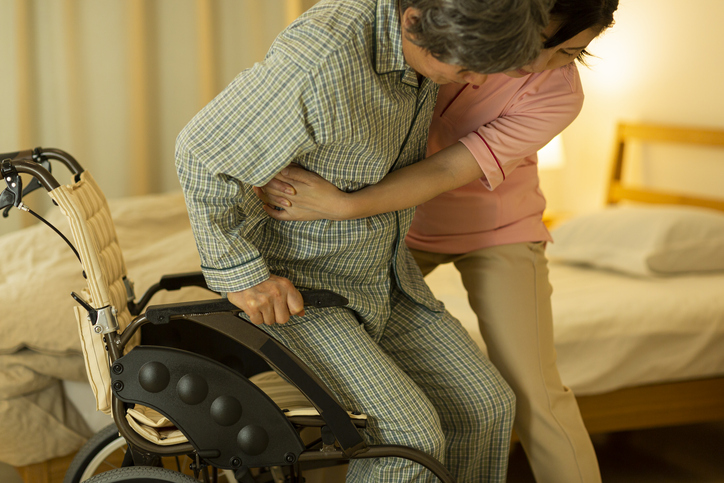 We do so much, but we do not yet speak enough. Women and girls must speak up or be spoken over. We see this in politics, in boardrooms, in the streets, all over the world.

When gently nudged, a girl in my class later commented on the poverty video. “Ms, I feel it is so unfair that these children have to work hard like adults when they should be enjoying learning like us. It isn’t right. They should be able to play with their friends, like us.”

I asked her why she didn’t voice her opinion earlier like the boys when she had something so eloquent and lovely to say? She didn’t know, she said. But she offered that “boys like to talk more, maybe.”

If our little girls aren’t voicing out their opinions, or think their voices don’t matter, that maybe people aren’t interested, what does that show about us as a society?

What do our young girls and boys hear and see? 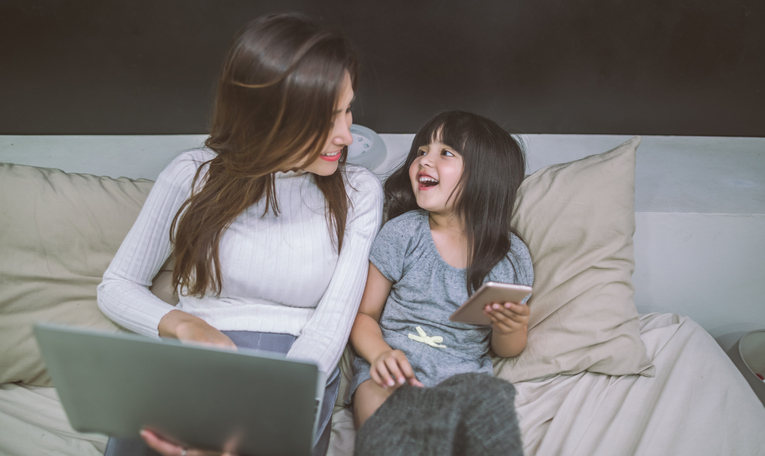 Celebrity-gazing and a focus on the glossy side of life will always be a thing worldwide (and I do my fair share of Instagram trawling for this), but no one can deny there is a severe imbalance in coverage.

Social issues, causes and the women who fight the good fight are often drowned out by celebrity culture and the worshipping of looks, bodies and people who have made it to the good life.

It is appalling that someone as extraordinary as Greta Thunberg, for example, is regularly insulted by full-grown adults as some sort of devilish climate freak. Consider also pop star Billie Eilish, now 17, who wears baggy streetwear to avoid commentary on her body, says journalist Sophie Wilkinson.

Wilkinson argues that “young women are only granted a public platform if they are sufficiently sexualised”. She pointed out that Eilish’s wishes were ignored, with a magazine recently putting a mocked-up topless image of her on its cover.  Is it any wonder if young girls are obsessed with stardom and worried about the way they look?

What can we do?

Every year on International Women’s Day it is incumbent on us to look at the numbers again. As usual, the numbers are simply not good enough. This year’s theme is #EachforEqual, which calls on us to consider ‘Collective Individualism’. In a nutshell, it means considering how our individual action, conversation, behaviour and mindset can impact our larger society.

But mothers and women, how can we affect real change in our day-to-day hectic lives? What can we do in between the office toils and the laundry loads, the kindergarten drop-offs and the hospital runs, in the midst of the physical weariness and emotional highs and lows?

I myself am struggling to do the best I can. I am a mother of sons, and I feel I am destined to teach two little boys how to fight alongside and support girls so they will all inherit a better world. But I do know it’s no longer enough for us to post inspirational quotes about equality or parity on social media. I say this also as a personal reminder.

We need to start talking about politics with our children. It needs to be about the basics – principles, promise, responsibility, respect. It does not necessarily have to revolve around politicians and political parties.

In Malaysia, we can rally around and hold up the women in our society who continue to do real and meaningful work on the ground – the Ivy Josiahs, the Hartini Zainudins, the Marina Mahathirs, the Nurul Izzahs, the Zainah Anwars, the Jacqueline Ann Surins and so many more.

We need to point out women like Warren or the game-changing Alexandria Ocasio-Cortez. Better known as AOC, the latter fired up a legion of people (yours truly included) with her spectacular and unmissable speech at a US congressional hearing recently. We desperately need more women like her to speak up, leaders who are passionate and prepared, unafraid and unwavering. 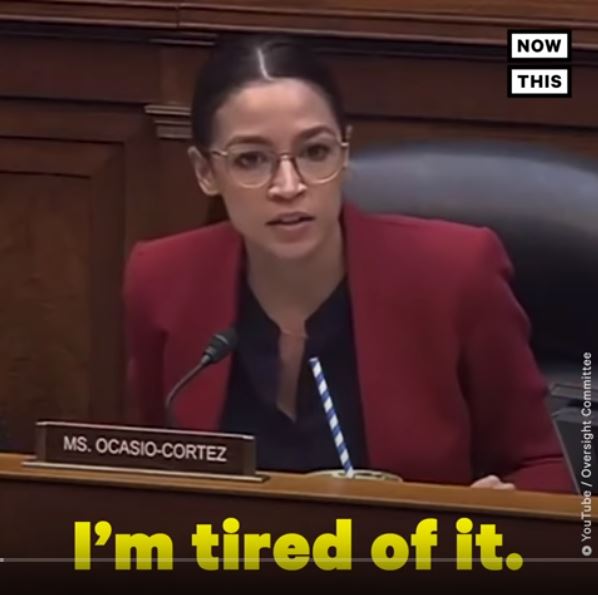 But most of all, we need to be seen and heard by our children, doing and saying things for others. Speaking up against injustice in the real world, and actually saying those words out aloud. Whether at a protest, in conversation with family members in the kitchen or during public occasions, our children need to hear us say “It’s not right, it is not fair.” “We must stand up for them.” “Leaders need to keep their promises.” “Leaders need to look after everyone in society.”

One more thing. We need to tell our little girls: “I’d love to hear your opinion. The world needs to hear your voice.”