My Story: I Survived Postnatal Depression

If you are anything like me, from the moment you found out you were pregnant, you started dreaming. Dreaming of a little baby in your arms to love and to care for. Dreaming of the smiles, the cooing, and of course the tiny feet. You’d lap it all up and love every moment no matter how exhausted you were because at the end of the day, you are a mother to the most beautiful baby in the world. You are blessed beyond words.

My reality was more like a nightmare. One week postpartum and I found myself curled up in my bed sobbing my eyes out. I was overwhelmed, exhausted and feeling like the most incompetent mother ever. I also knew this was part of the baby blues so I pushed on thinking it would pass. It didn’t.

I didn’t want to be alone with him.

It freaked me out.

Five weeks later and the crying continued, the lethargy dragged on even after getting more than enough sleep and feelings of hopelessness consumed me. I looked at Joshua, my son and felt more guilt and shame than I did love and gratitude. I worried and obsessed about his feedings and his naps.

I didn’t want to be alone with him. It freaked me out. Something was wrong. Very wrong.

I never thought I would get postnatal depression. I was a happy person generally and I didn’t think it would be my issue. But the truth I’ve learnt is that it can affect anyone. One in seven mothers are affected, and fathers aren’t exempt either.

It took a lot of humility for me to accept that I was unwell. For a while, I tried to beat it the natural way, with exercise and taking breaks and looking after myself. Unfortunately, I still couldn’t shake it.

I needed everything to stop.

One night, after not being able to sleep for two days due to the racing thoughts, I had reached the end of my tether. I told Sam, my husband, to call an ambulance. I needed everything to stop. I felt like I was going mad.

Luckily there was a spot at the local Mother and Baby unit. We were living in Melbourne at the time and this was something the government had set up and I am forever grateful. This was a unit attached to a medical center that helped mothers who were struggling with postpartum illnesses such as myself. I spent five weeks there with six other mothers and this is where recovery began.

Treatment for postnatal depression is different for everyone but is aimed at a person’s psychology, social environment and biology. At the Mum and Baby unit we were supported in all three aspects till we felt we were able to cope in our normal lives. For me, although I was resistant to medicine initially, in hindsight, I knew that I needed it.

Postnatal depression is by far the hardest thing I have had to go through and recovering from it was a slow and painful process. Every day, every moment was a battle. I struggled with feelings of guilt for not being the Mum I had wanted to be, for having this illness and for being a burden to the people around me.

Every day, every moment was a battle.

The most painful feeling was feeling like I couldn’t cope. And the truth is I couldn’t on my own. In my illness, with the mental state I was in, I couldn’t care for Joshua the way a healthy person would. Accepting that was important. I had to know that I was in fact,  sick, and I needed help.

Being Asian, I feel, made it a lot harder to accept. I come from a society where mental illness has such a stigma to it. I had to learn to advocate for myself. I had to first educate my family that what I was going through wasn’t imaginary, it was very real. It also wasn’t the end of the world – I will get better, I will be me again.

And with time and a lot of support, I did get better. The crying spells lessened. The low points were less pronounced. My interest in life returned. When Joshua was six months, I started weaning off my medication. I took my last antidepressant a month after that and never looked back.

In many ways, I feel like postnatal depression was a thief that stole so much of the joy that was meant to be mine in the first year of being a Mum. In other ways, it has taught me so much about patience, suffering, humility, empathy and about love.

I learnt to empathise with others who struggle with illnesses both visible and invisible. I learnt how they are heroes for surviving every day.

I learnt that my worth was not based on what I could do or achieve but simply who I am as a human being, created by God. Grace will carry us where striving can’t.

I learnt that knowing my limits made me wiser, not weaker. Asking for help is humbling but healthy. Often my pride gets in the way of what’s best for me.

Finally, I learnt that I have always loved Joshua to the best of my ability, even when I couldn’t feel an ounce of that love. I learnt to shake off the guilt I carried within me as a mum who couldn’t be the mum I thought I would be. I learnt that love is not based on how we feel, but our commitment to do what’s best for a person, even in the haze of depression, hospitalisation, medication, recovery and beyond.

Kristy Tan is a mother, teacher and occasional writer. Together with her husband Sam, who she has known since Standard 4, she tries to find the joy in the madness that is raising two boys under three. 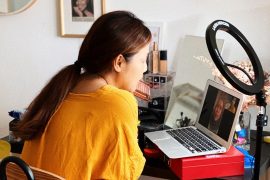 How mumpreneurs are surviving the MCO 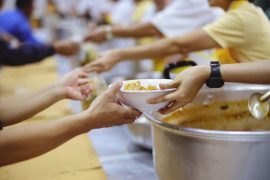 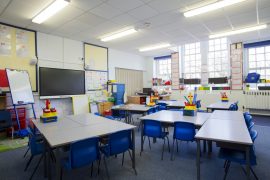