Awesome Female Superheroes Your Girls (And Boys) Can Look Up To

Gone are the days when roles for women in superhero movies were relegated to those needing rescue. With the rise in popularity of the Marvel Cinematic Universe blockbusters in the past decade, the roles have now evolved. Female characters are now on equal footing with their male counterparts, and in some cases, taking center stage.

If you find this surprising, then you haven’t been paying attention.  More women are watching movies than men. When Captain Marvel, the first female-led superhero movie for Marvel earned more than USD1 billion worldwide, it is clear that a growing number of audience want to see women in positions of power and leadership.

A recent study by BBC America and The Women’s Media Centre found that 90% of girls think that female sci-fi/superheroes are positive role models. 3 out of 4 said that these characters make them feel strong, brave and confident. More than half the boys agreed that they want to see more female superheroes in films and on TV. The study went on to confirm that “representation on-screen can positively affect a child’s confidence, career trajectory and overall self-image.”

If you are looking for awesome female superheroes your girls and boys could look up to, here are some great role models they could find in the Marvel Cinematic Universe! (Warning: spoilers ahead): 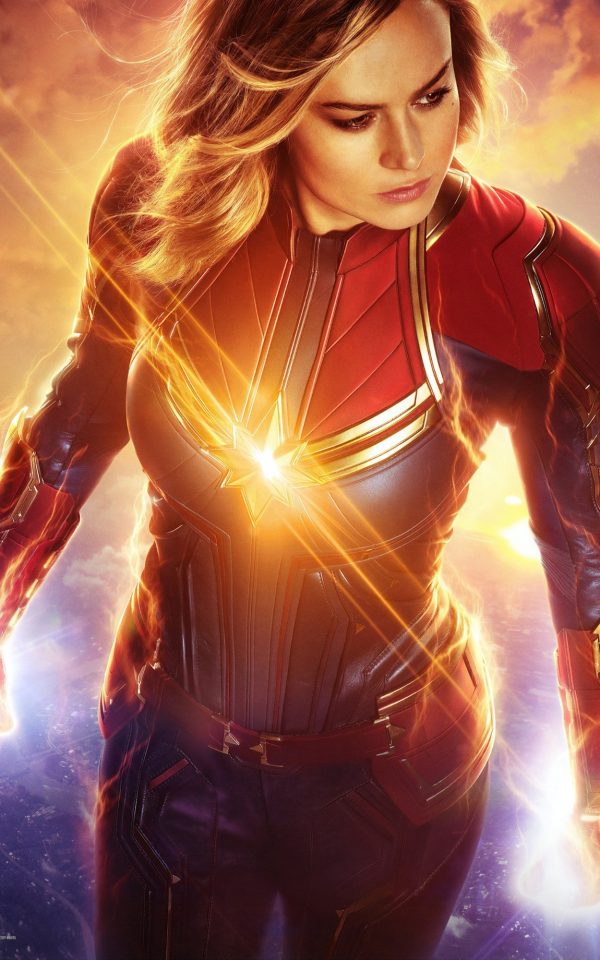 It is hard to watch this former United States Air Force pilot and member of the elite Starforce come into her true powers at the end of Captain Marvel without getting a little emotional. She might be one of the most powerful heroes in the universe, but it is not her strength that would inspire the audience. As her friend Maria Rambeau rightly pointed out, “You were the most powerful person I knew. Way before you could shoot fire from your fists.”  Her glorious appeal is in her perseverance in the face of adversity, her take-charge attitude when confronting obstacles and her unwillingness to stay down with every failure. 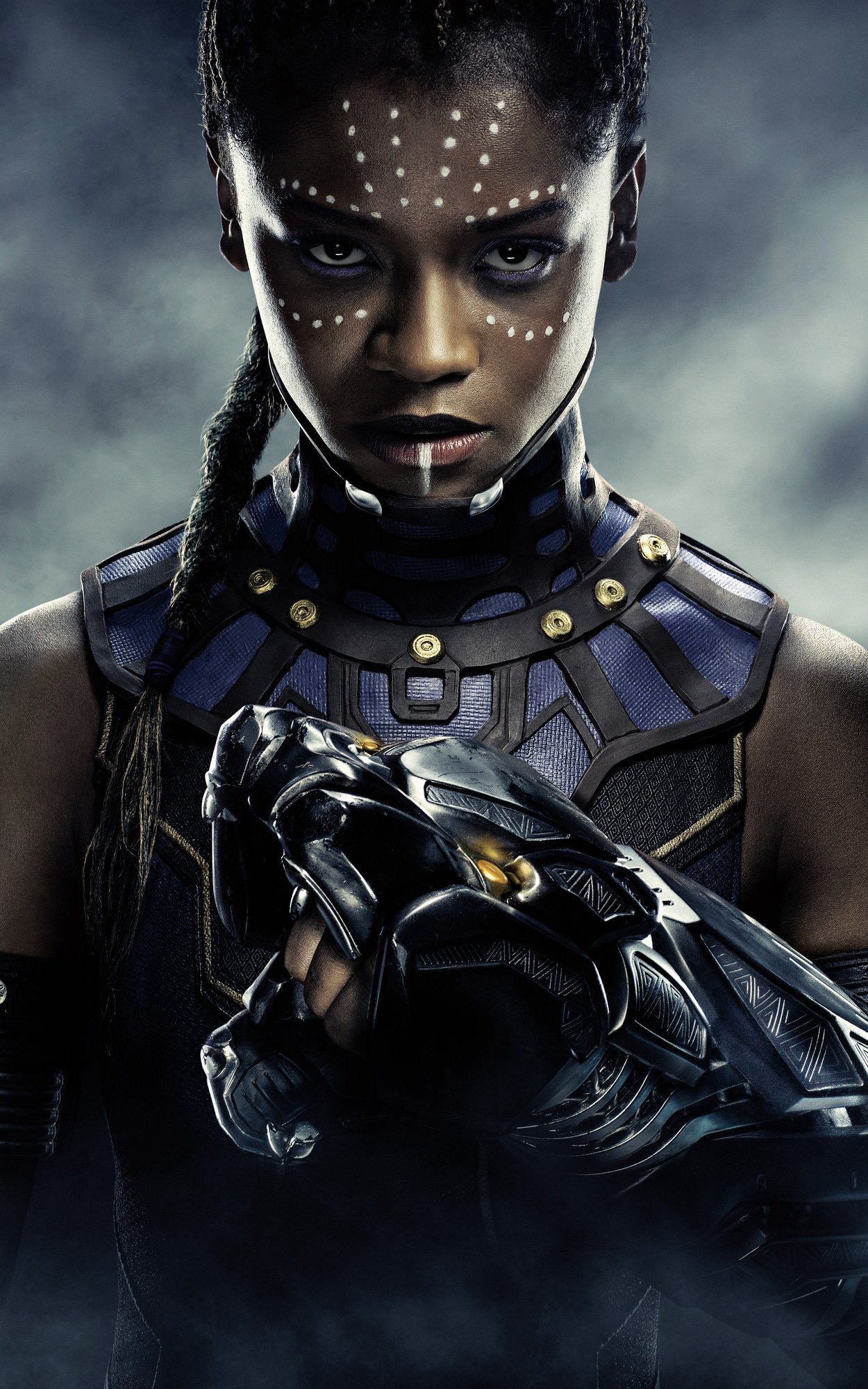 Black Panther’s King T’Challa might be the superhero fighting the bad guys on the streets. But it is his gifted younger sister and her technological innovations using the precious metal vibranium that is responsible for much of the advancements that you would see in the fictional African nation of Wakanda. It is incredibly refreshing to see a young girl with supreme confidence in her skills and abilities and her desire for constant improvement, “Just because it works, doesn’t mean it can’t be improved.” Watch out for the little scene in Avengers: Infinity War when Shuri offered the solution to a problem even the combined intellect of Tony Stark and Bruce Banner could not solve. 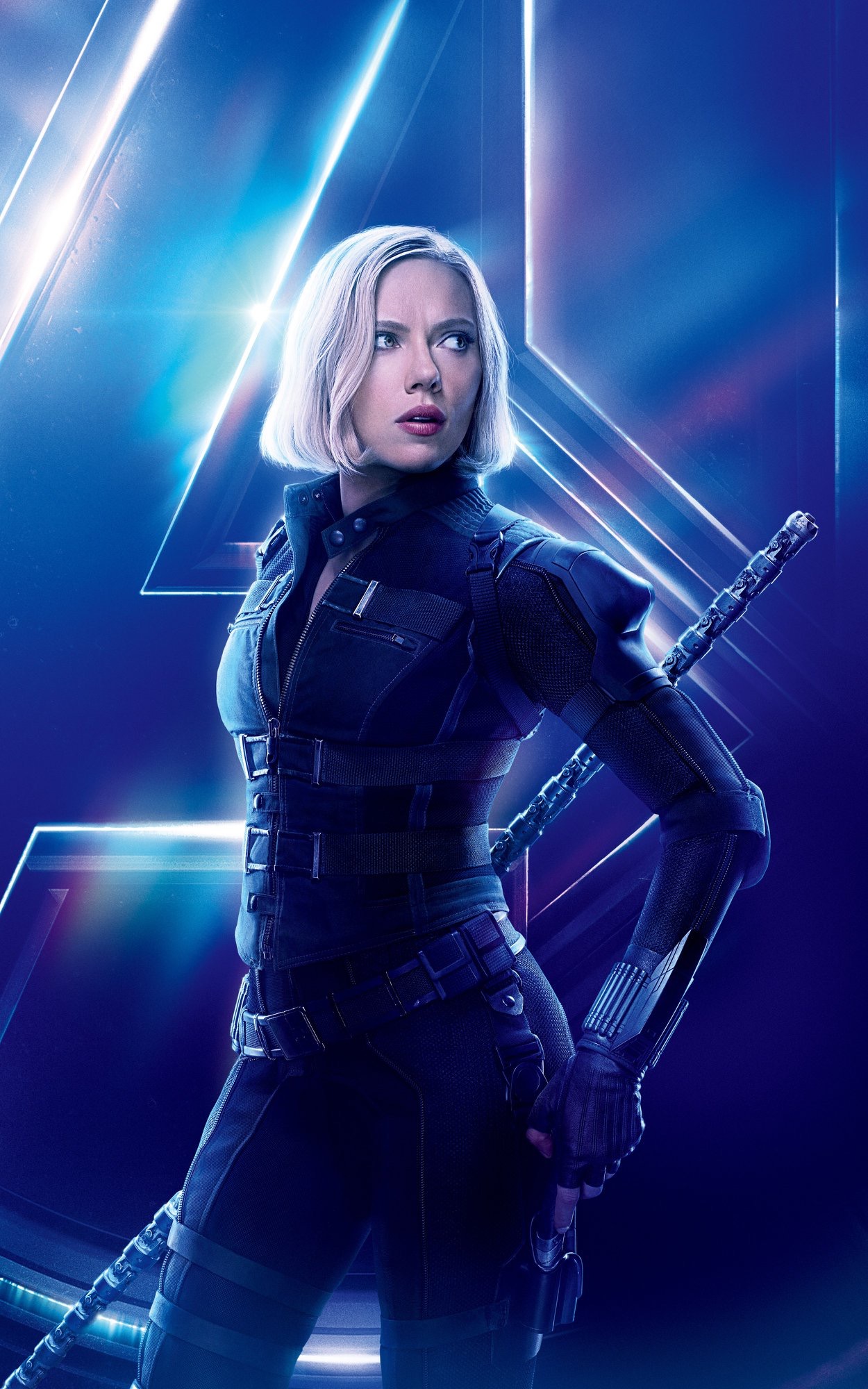 It is a mistake to assume that the lack of superpowers would make this highly trained spy any less dangerous than other members of the Avengers. Her skills, instincts and resourcefulness have often proved invaluable to the team. Just take her expert manipulation of Loki in Avengers Assemble to discover his true plans of attack. Her willingness to do whatever it takes and to sacrifice herself for the greater good is certainly admirable. This is evident in the exposure of her dark past along with Alexander Pierce’s evil plans in The Winter Soldier and her jump at Vormir to save everyone in Avengers: Endgame. 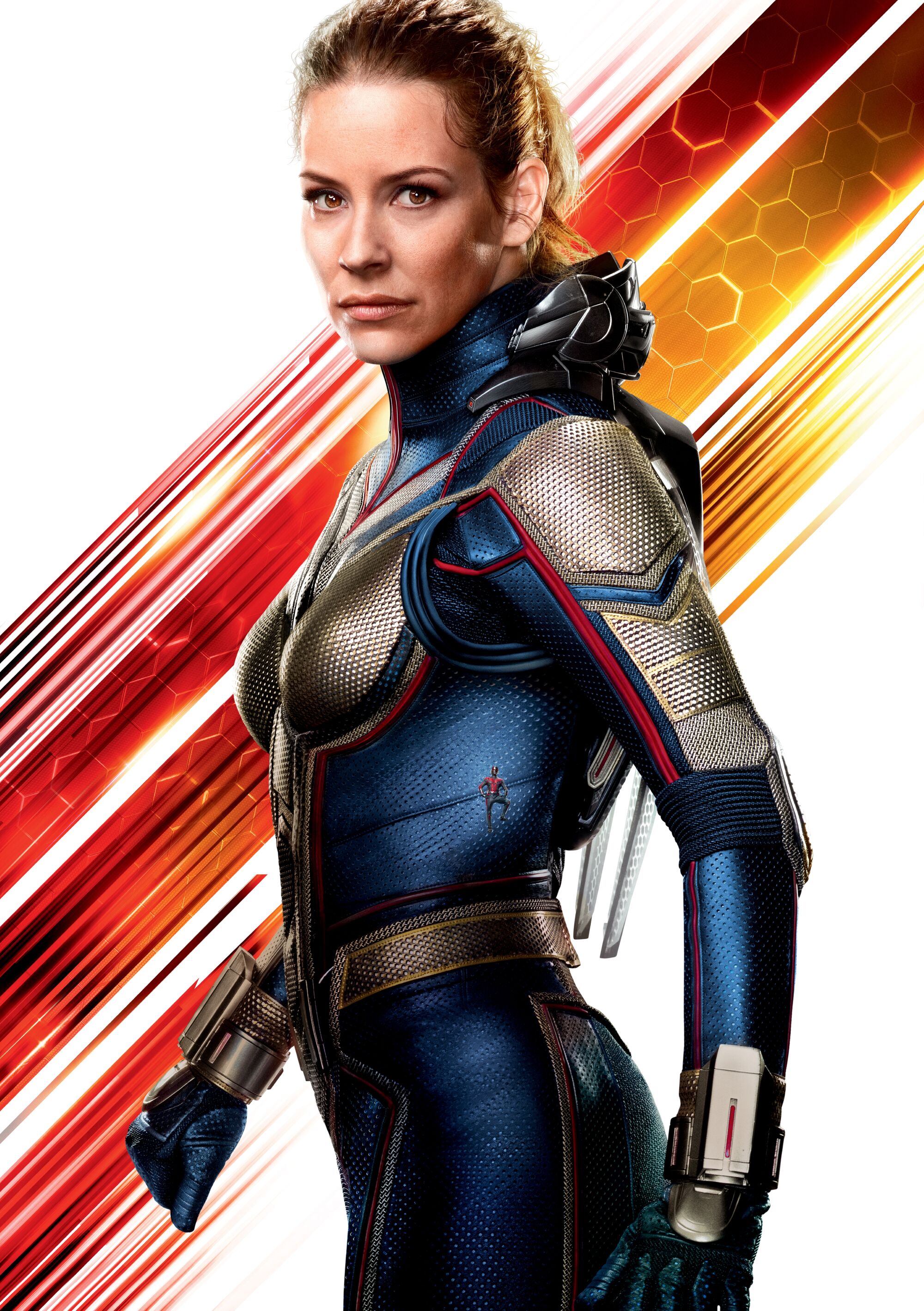 Hope Van Dyne or the Wasp is clearly the better half of the Ant-Man and the Wasp partnership. It was easy to understand her frustrations when her father, Hank Pym chose the untrained Scott Lang for their mission in Ant-Man when her martial skills and mastery over his technologies made her the natural choice. But, that didn’t stop her from giving Scott the support he needed to complete the mission. It was her compassion for her ‘enemy’ Ghost and her offer to get her the help she needed that cemented her firmly on this list. 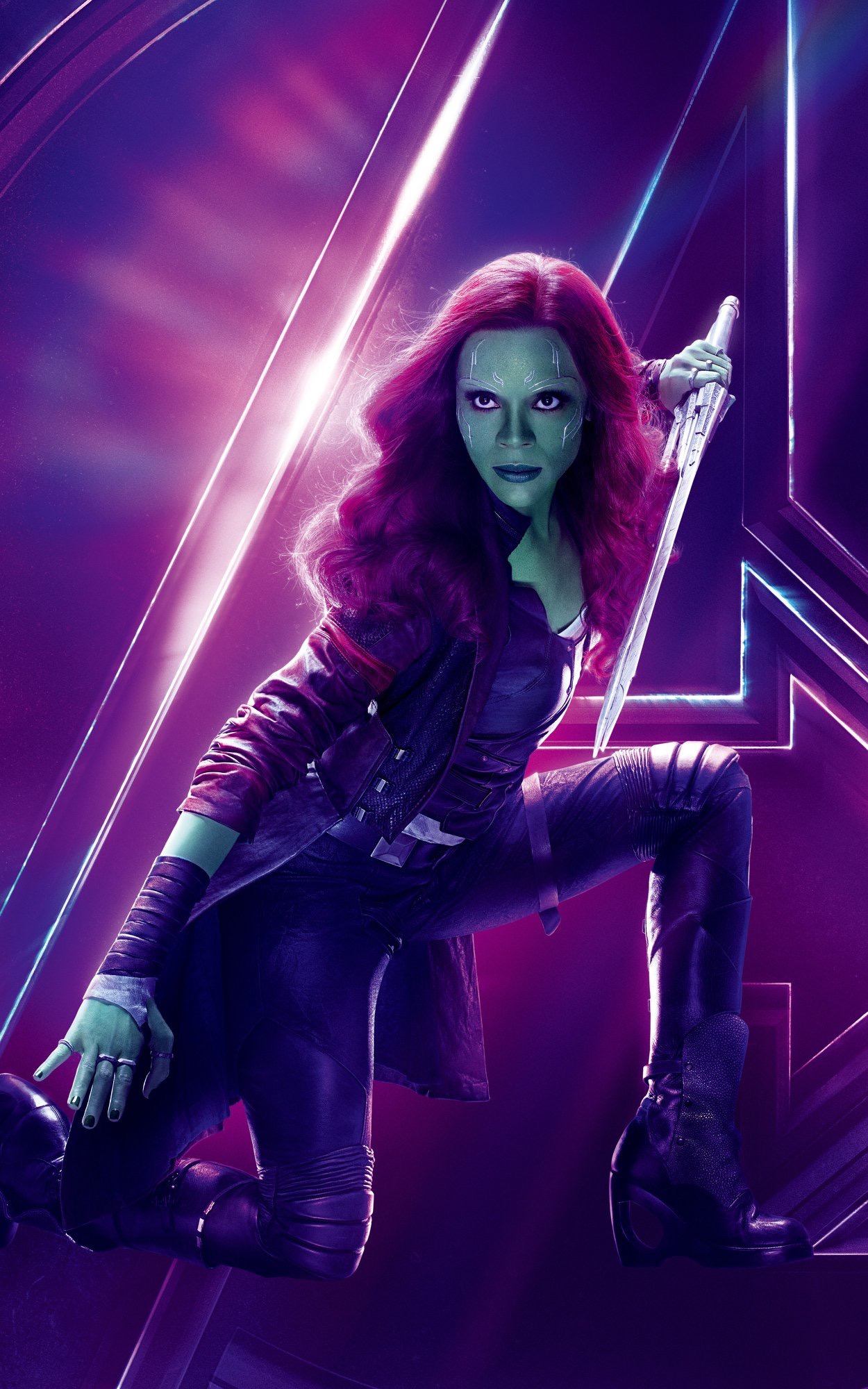 “Surgically modified and trained as a living weapon.” It is not hard to see how Gamora earned the title as the deadliest woman in the galaxy. After all, it was her fighting spirit that caught the eye of Thanos during his invasion of her homeworld. Raised under the tough tutelage of her adopted father, she didn’t let her love for him stop her from breaking away from his cause, and actively working against his plans. Young viewers could appreciate her strength of will and her unwavering resolve in doing what she could to prevent disaster; attributes befitting of one of the Guardians of the Galaxy. 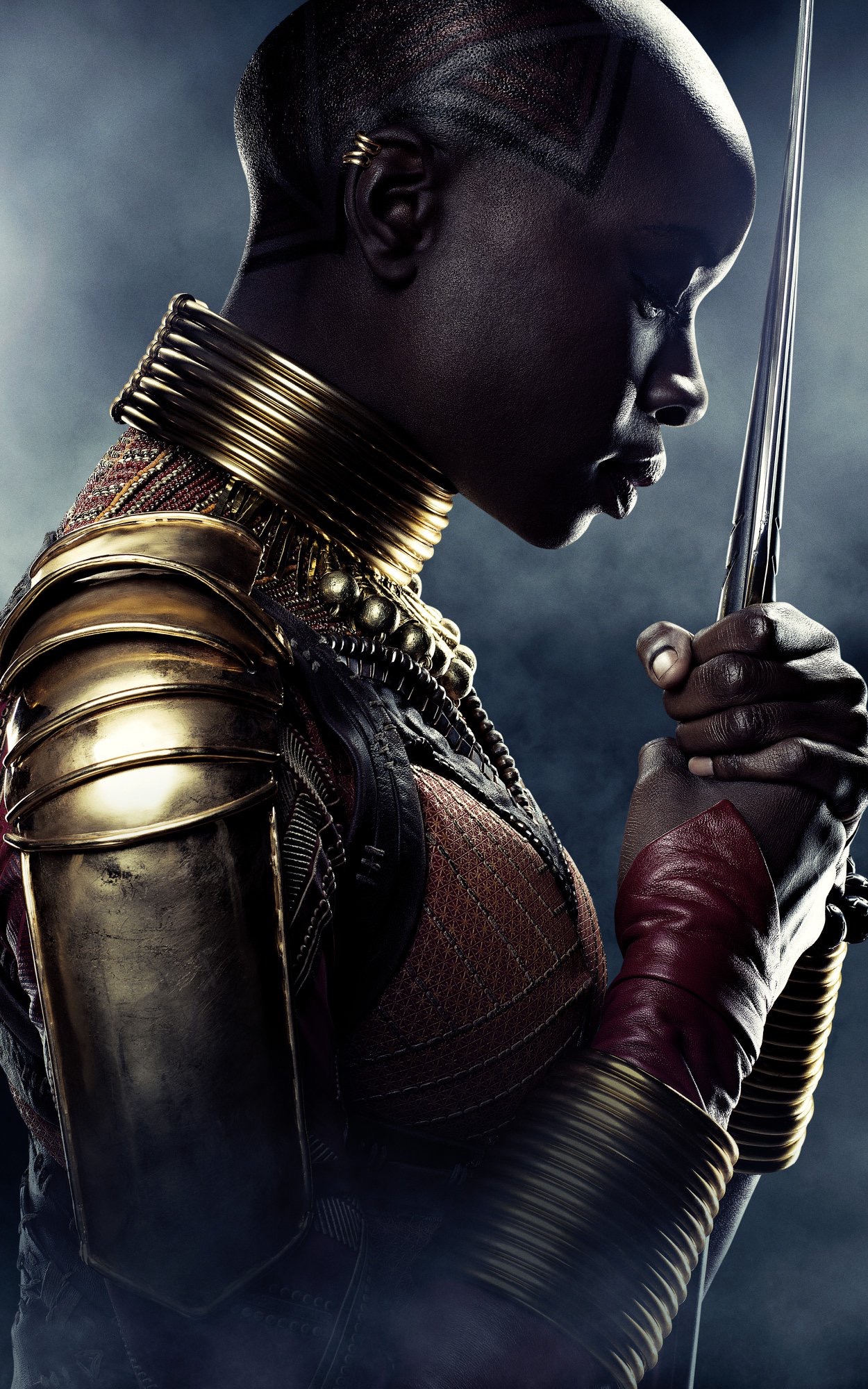 When you think of a general of an elite warrior force, a woman might not be the first image to come to mind. All that changed with the introduction of Okoye as the general of King T’Challa’s elite bodyguards, the Dora Milaje in the Black Panther. One could learn from her strength of conviction and her steadfast loyalty, despite her personal feelings. It is her willingness to change her mind upon discovery of new information and to stand up against unworthy leadership that left a significant impression on viewers, young and old. 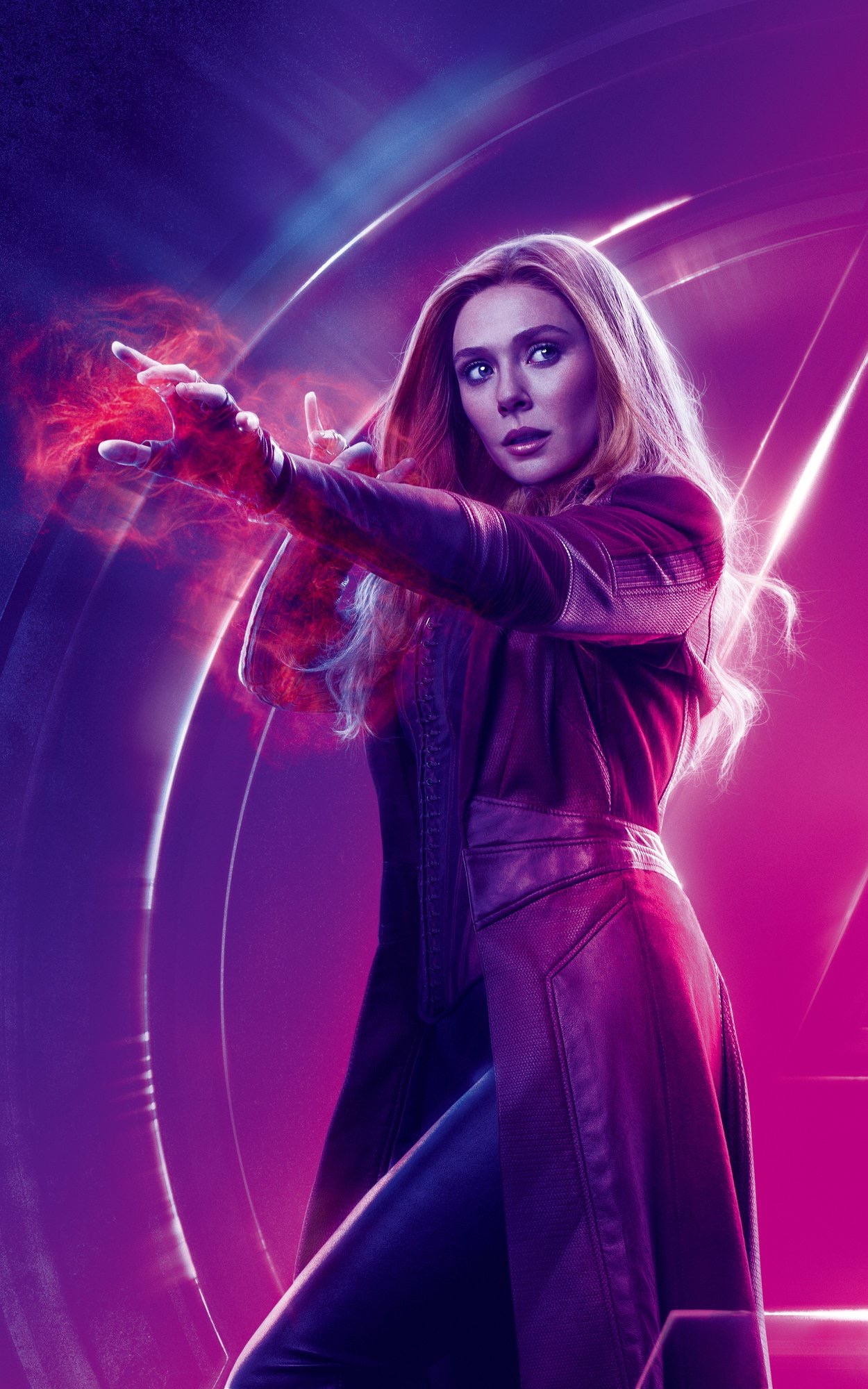 With her twin brother Pietro, the duo were first seen as agents working actively against the Avengers in Avengers: Age of Ultron. However, she switched her allegiance and lent her considerable powers for the forces of good after discovering that the Ultron’s ultimate goal in achieving peace was wiping out humankind. Scarlet Witch discussed her fears about her growing powers with her team, but it was her reply to Vision “I can’t control their fear, only my own” that truly resonated. 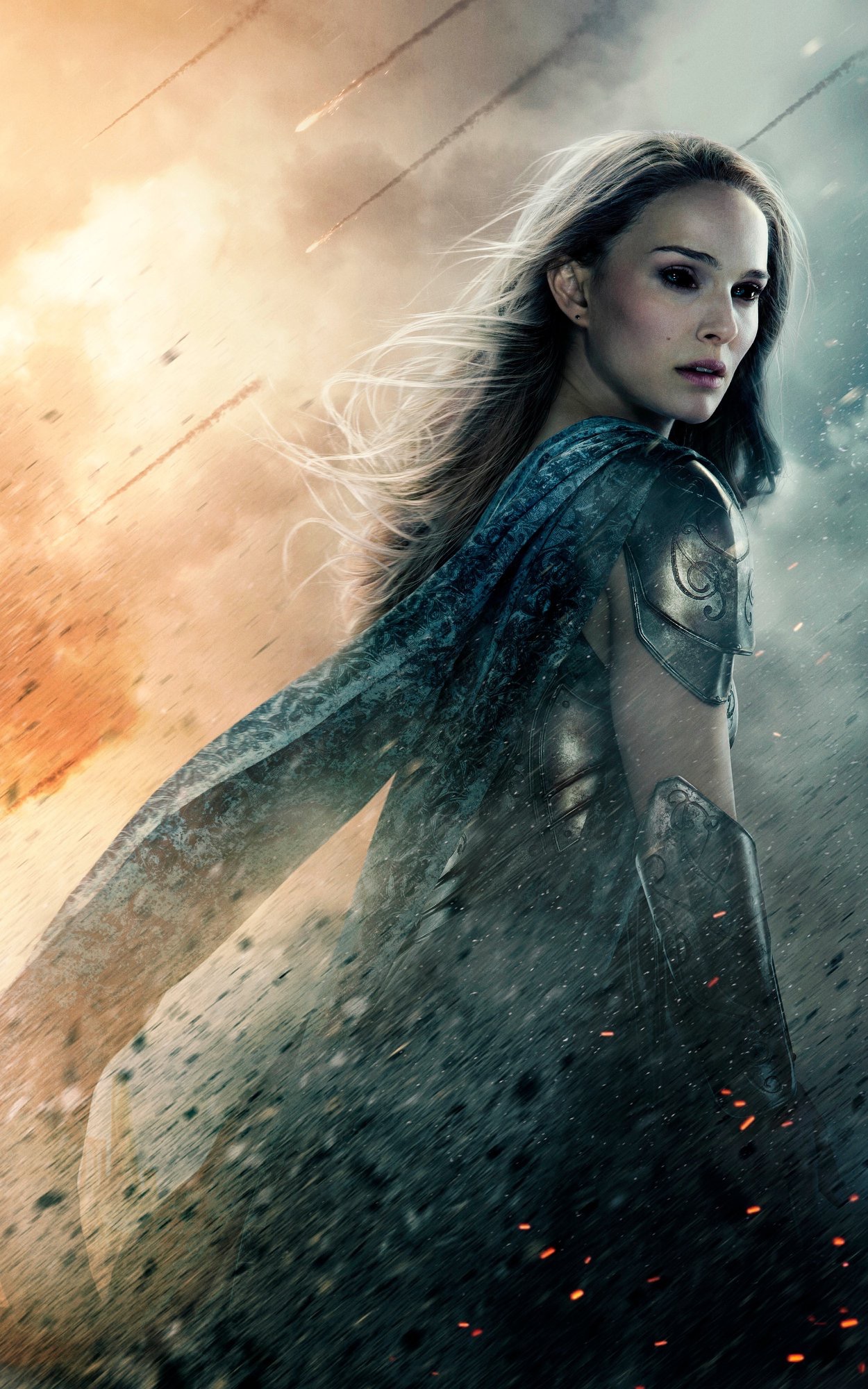 Jane Foster was first introduced as the love interest for the God of Thunder, Thor during his exile to Earth. However, it was her expert knowledge, her spirit and curiosity that have allowed her to play a pivotal role in fighting evil, alongside her more powerful partner in Thor and Thor: The Dark World. Deeply missed since, fans could look forward to her return as Mighty Thor in the upcoming film, Thor: Love and Thunder. 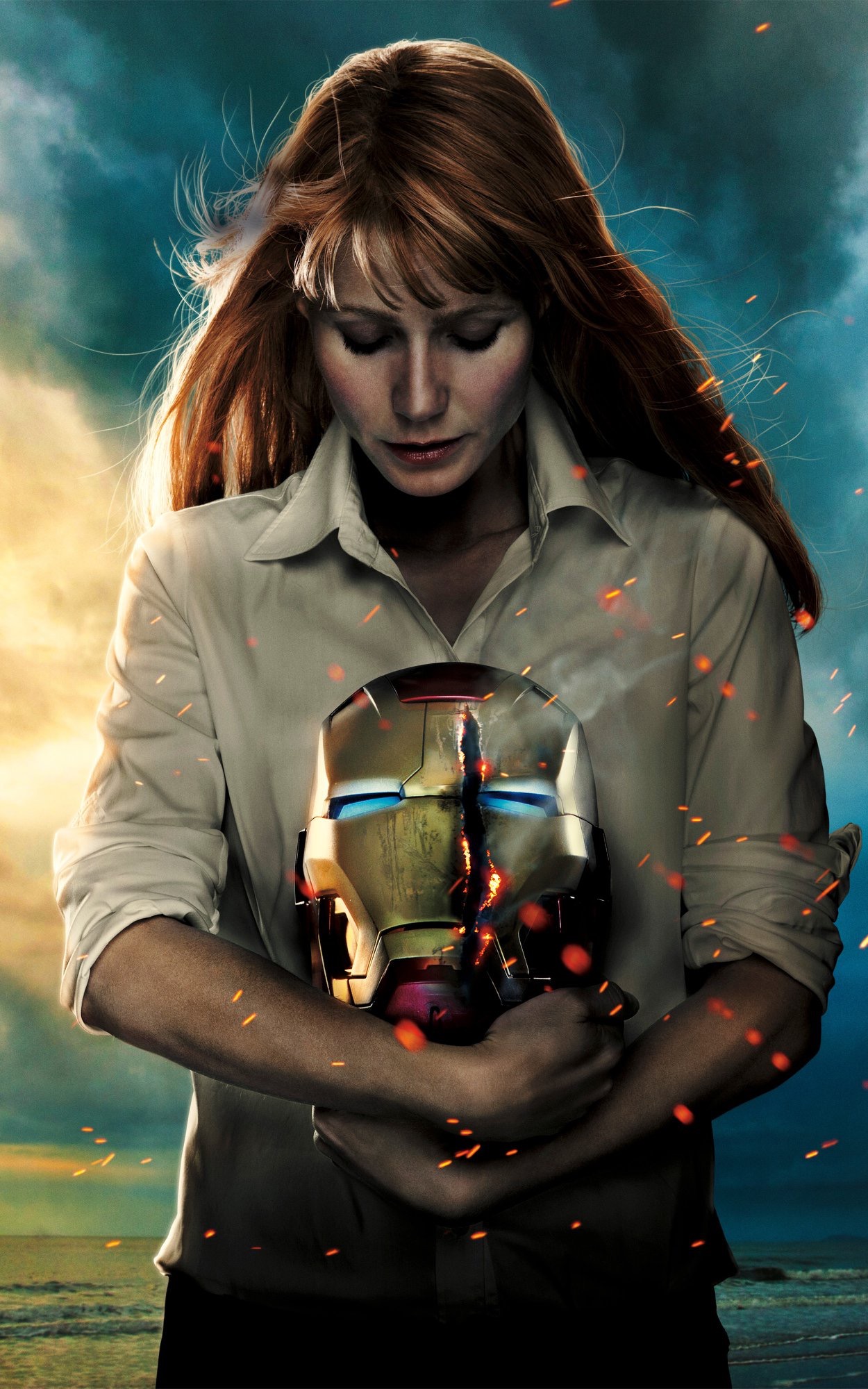 Tony Stark might be the face of Stark Industries, but make no mistake, it is the “capable, qualified and trustworthy,” Pepper Potts that runs the show. Not only is she smart and resourceful, but her poise under pressure and her quick-thinking played a big part in the defeat of Iron Man’s nemeses, Obadiah Stane and Adrich Killian. While she mostly wields her strengths off the battlefield, she donned her armour and joined the rest of the team in the Battle of the Earth. If that scene in Avengers: Endgame with all the women in the series coming together to defeat Thanos didn’t get you raising your arms in the air, it would be difficult to find another that would do the trick. 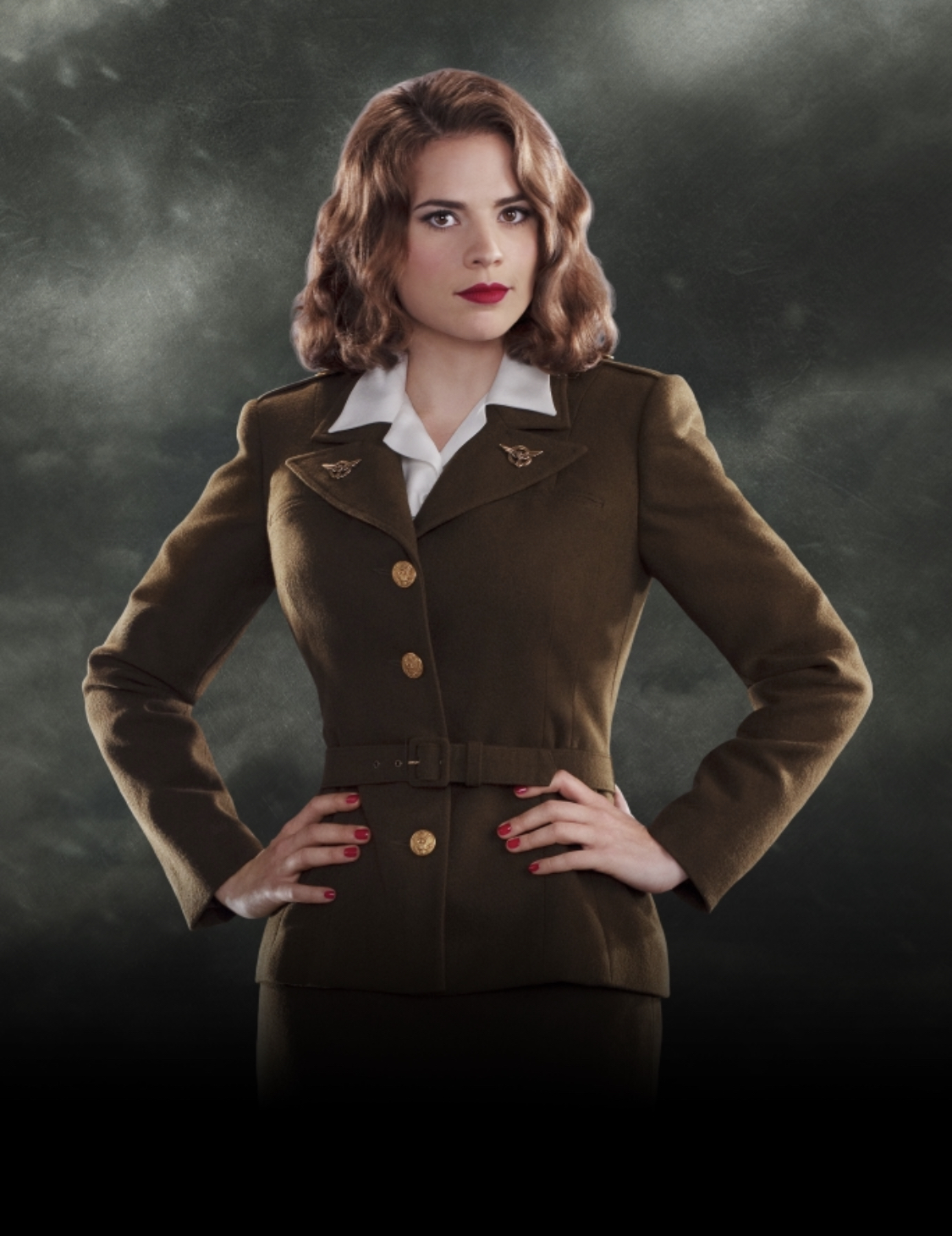 Introduced as an agent for the Strategic Scientific Reserve in Captain America: The First Avenger, Peggy Carter would go on to establish the Strategic Homeland Intervention, Enforcement and Logistics Division, more commonly known as S.H.I.E.L.D. Not only did she help Steve Rogers plan the rescue of soldiers trapped at a secret HYDRA base in Austria during the World War, she even stepped in to save Captain America when he was pinned down during the attack. Such was her appeal that Marvel went on to explore her stories in the TV series, Agent Carter. Who wouldn’t cheer for a woman that simply stated, “I know my value. No one else’s opinion really matters.”

Marvel Cinematic Universe movies have made great strides in including strong, fully-realised female characters and representing under-represented minorities on the big screen, in a series spanning a decade and 22 movies. This is only the beginning. With the introduction of each new female superhero, we can only hope that it will help “bridge the confidence gap for girls, making them feel strong, brave, confident, inspired and motivated.”

This post is sponsored by Astro. You can now enjoy watching these female superheroes and the rest of the team in The Avengers: Endgame, and 20 Marvel blockbusters on Astro Best CH481 and on demand. You could find more details on these programs and how you could watch them on Astro here. 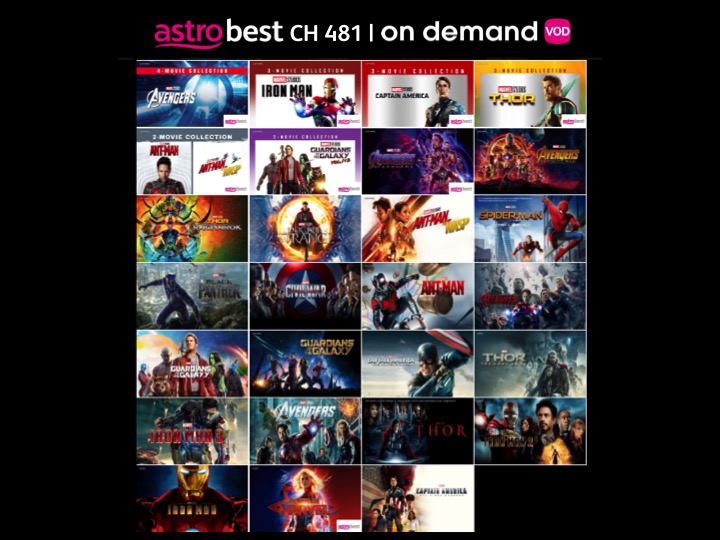